First Surveillance Modification Approved with STC for any Cessna Jet

The STC follows modification of the aircraft into a special mission configuration, and includes all structural and electrical changes required to support installation of the airborne sensors (radar, EOP, AIS), communications equipment, operator workstations and pilot display. The full STC programme, including installation design, analysis, justification and modification activities, were conducted by BIRD Aerosystems’ platform engineering department and its MRO in Cyprus.

The STC also enables dual use of the aircraft, to include a special mission surveillance configuration and a VIP configuration, and allows for cabin changes with no need to dismantle ASIO sensors and systems.

The STC issued by the CAAI is now also being adapted by the FAA and EASA, which will enable BIRD to provide its worldwide customers with a certified aircraft SMA solution which can be delivered in various configurations and at short notice. 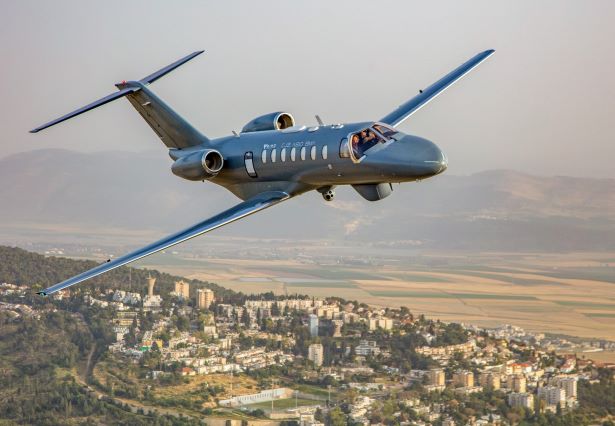 The ASIO modification turns a Cessna CJ3 into a flexible, dual-use aircraft. (Image via BIRD Aerosystems)