A wide range of weapons and ammunition was on display, ranging from 40mm grenades to guided bombs, as well as a broad array of 155mm artillery shells, including illumination rounds. RDM also showcased its brand new 60-120mm mortar family, stressing the new 81mm round (see below).

According to Norbert Schulze, RDM CEO, transcendence is key with his company’s munitions being used in 53 countries around the world.

RDM utilised the Denel Land Systems T5-52 artillery system to demonstrate its ASSEGAI family of ammunition, while the company has a considerable number of development programmes in the pipeline, looking at minimising costs and combining various technologies. Mew concepts of artillery were also presented, specifically range extension of ASSEGAI and improved M1 and M9.

On the mortar side, RDM told MONCh that its new 81mm Extended Long Range (EL/R) will exceed 7,100m via improved effectiveness, achieving the same effect as before but with 50% of the bomb load. Furthermore, a new PBX17 round now includes tungusten balls as fragmentation material, making the warhead more effective. The advantage of these new developments (fully qualified in 12 months, according to RDM executives) are better affordability, as said, improved effectiveness and, when mounted, high mobility and increased safety.

Away from heavy vehicles and munitions, Rheinmetall Canada’s MISSION MASTER unmanned ground vehicle (UGV) made an appearance in both the Rescue (MEDEVAC) and the Protection roles, with the latter featuring Thales’ TDA 70mm unguided rockets on two launchers for seven rockets each mounted on a Rheinmetall remote weapons station. An absolute highlight of Day 2 was the salvo of 14 rockets fired from the UGV during a simulated Special Forces interdiction mission.

Now qualified under NATO Standardization Agreement (STANAG) 4568 (unmanned vehicle interoperability), next steps according to Alain Tremblay, Rheinmetall Canada Vice-President for Business Development stated, are the firing of guided rockets and reaching full autonomy (i.e. no man in the loop) next year.

In an interview during the event, Armin Papperger, Rheinmetall CEO, informed MONCh that this event showcased his company’s commitment to South Africa, stressing the success of 10 years of RDM, calling it a, “win-win situation.”

“We have a great R&D centre here in South Africa, producing great technologies, being the pride of South Africa,” the industry expert stated. “All profits flowed straight back into the now five factories here in county, creating world class standards. We need more factories like this in the world.”

With customer feedback from the event being very positive, Mr Papperger concluded by saying: “It was a fantastic event, enabling us to showcase our great products and to cement existing relationships.” 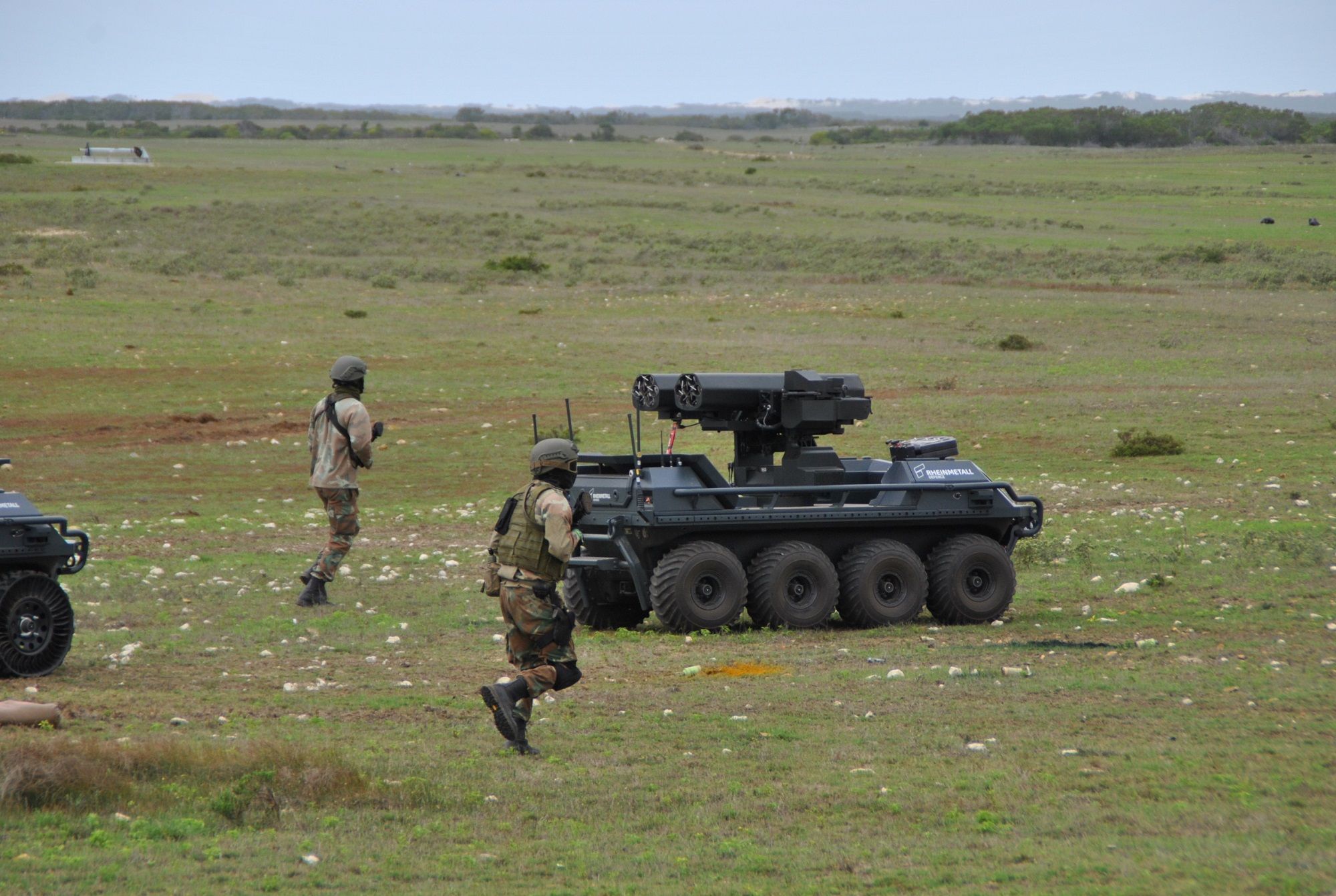