President Biden has instructed the US State Department to release $350 million in military aid to Ukraine, as a coalition of 25 nations pledged to provide lethal aid to the Ukrainian forces, according to a 26 February report from Reuters.

The US funds have been allocated through the Foreign Assistance Act, and come as 27 nations have pledged to provide military aid to Ukraine in the form of weapons, ammunition, and medical supplies, Sky News reported on 26 February.

Logistics support for the aid packages will be provided by the UK, Sky said, citing a defence source. The Netherlands has also announced its intention to provide 200 FIM-92 Stinger air defence missiles, which may have accounted for the downing of several Russian helicopters in the opening phases of the conflict.

The nature of the US aid package is unclear, but a US$1.5 trillion omnibus spending package that has been proposed to the US government already includes US$757 million for Ukraine: the above would be in addition to that. The Biden administration has also told Congress that it will need $2.9 billion for humanitarian aid and security assistance to Ukraine, the Baltic Countries and Poland, as well as $3.5 billion for US DoD to respond to the crisis.

The US has already supplied munitions, such as the FGM-148 Javelin and M141 anti-structure munitions, to Ukraine. Britain has supplied NLAW anti-armour munitions, and Lithuania has shipped Stingers. Other countries supplied additional weapons and ammunition ahead of the invasion.

The response demonstrates the resolve of the US and UK to respond to the crisis in a robust manner. However, questions must remain over how the new weapons will be provided to Ukraine. Nonetheless, Stinger missiles and other boutique munitions will prove effective in engaging Russian helicopters and armour, which are a key element of the Russian campaign. 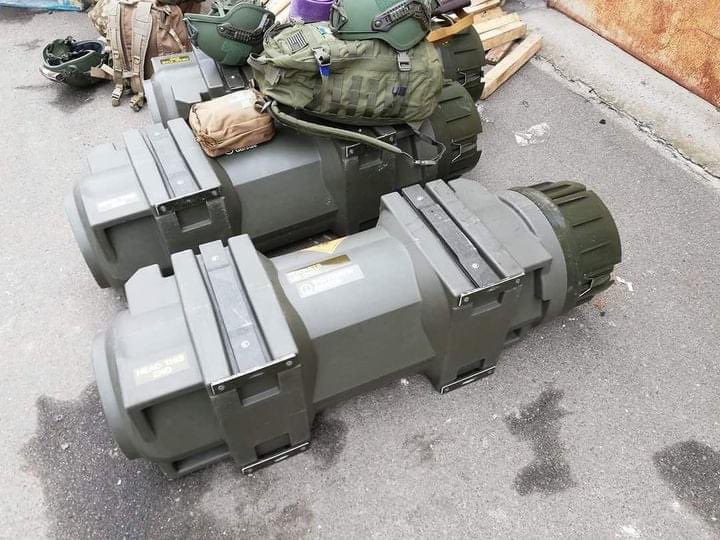 NLAW missiles such as those shown here have already been provided. The caption accompanying it reads, “Kyiv territorial defence has NLAW. Welcome to hell.” (Ukrainian MoD)