Bell Textron has begun production of the first AH-1Z Viper for the Czech Republic at its Amarillo, TX Assembly Center, the company announced on 23 February. It is also building a flight training device for the same operator, along with the UH-1Y helicopters being produced as part of Prague’s mixed-fleet order under the Foreign Military Sales (FMS) programme. Procurement of the two types takes full advantage of the 85% commonality between them, enabling full mission capabilities for both aircraft

“Bell understands what it means to execute a successful international program,” said Mike Deslatte, VP and H-1 Program Director, Bell. “We understand the importance of providing the unmatched capability of the H-1 aircraft to our customers. Bell remains focused on producing exceptional combat aircraft and providing modern capabilities for the Czech Air Force as a partner in the H-1 program, along with the US government.”

Work began last year on UH-1Y production for Prague – the first international customer for the type. On the AH-1Z side of the ledger, Bell is in active production for the USMC and for Bahrain. In total, the H-1 programme is on track to build 217 AH-1Zs and 168 UH-1Ys. 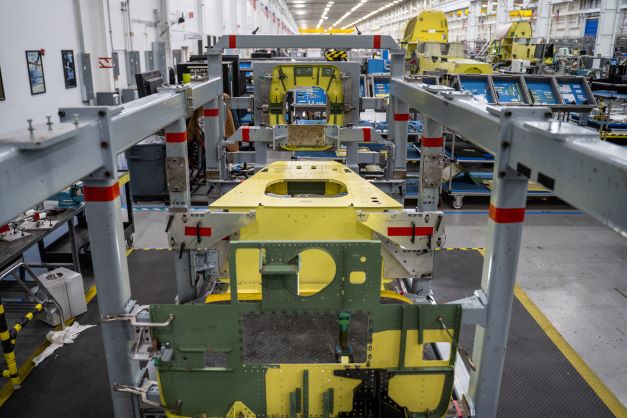