The BARYS (Snow Leopard in Kazakh) 8×8 combat vehicle has completed what developer Kazakhstan Paramount Engineering (KPE) describes as a “gruelling four-year trial,” moving one step closer to an initial production order, the company announced on 2 November.

KPE – a joint venture between Paramount Group and Kazpetromash – developed the BARYS from Paramount’s MBOMBE 8 ICV and first exhibited the vehicle at the KADEX exhibition in 2016. The extensive trials conducted by the Kazakh MoD have included covering some 25,000km of extremely varied terrain, from mountains and forests to savannah and salt marshes. In addition to agility and mobility, the vehicle’s firepower was also tested, with some 5,000 rounds of 30mm and 7,000 of 7.62mm fired. Previous strenuous testing elsewhere in Central Asia showed the vehicle’s resilience in operating environments ranging from -60°C to +48°C.

The BARYS 8×8 is a multi-purpose vehicle, with a crew of three and eight dismounts, purpose-built to meet increasing regional demands for versatility, high mobility and excellent mine protection. Offering a maximum speed of 110km/h, an operating range of 400km and a payload capacity of 9t, BARYS achieves STANAG 4569 Level 4B protection against mines and IEDs. BARYS is built at KPE’s Nursultan production facility, one of the largest modern facilities in Eurasia and the only regional factory capable of building next-generation ICVs, according to the company. With a capacity of several hundred vehicles per year, the facility has long been a reliable and trusted supply source to the Kazakh MoD and special forces.

“The BARYS 8×8 has undergone uniquely challenging and extensive testing over the course of the past four years. Its successful completion of this campaign is an important milestone in the success story of [KPE]. This further demonstrates the advanced potential of Kazakhstan’s defence industry, offering state-of-the-art facilities and high level skills for the development of indigenously manufactured defence technologies to the wider region,” commented Paramount Land Systems Group Chairman, John Craig. “The BARYS 8 is a breakthrough for the region, and one that allows us to perpetually integrate next-generation technologies that will ensure the platform remains on the cutting edge of the defence and security landscape, meeting the demands of regional armed forces. The BARYS 8×8 is also a testament to the exceptional capabilities of our partners at [KPE].” 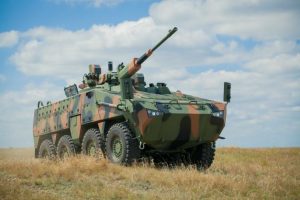 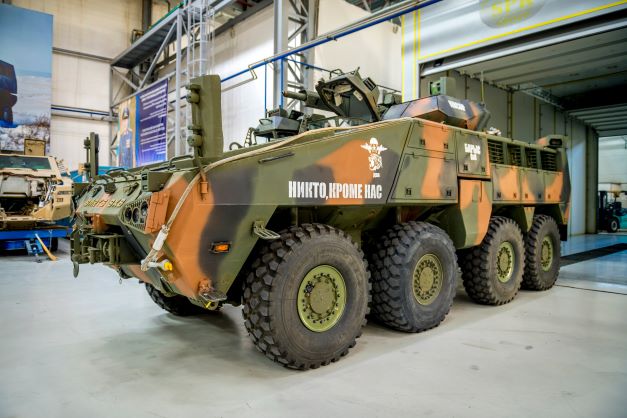 BARYS is based on the MBOMBE 8, whose ancestry is evident. (Photos: Paramount)