BAE Systems has won a US Navy competition to serve as design agent for the mechanical portion of the Mk 41 Vertical Launch System (VLS).

Under the $164 million (€134 million) award, the company will provide design and support of the system that is embedded in cruisers and destroyers and launches a wide arsenal of offensive and defensive missiles. The contract calls for BAE Systems to provide design, development, test, product improvement, and sustaining support for current and legacy VLS systems – and to continue to design and support canisters used to store, transport, and launch missiles from the VLS.

“This award demonstrates that BAE Systems is an industry leader when it comes to the VLS solution for the Navy’s fleet of TICONDEROGA-class cruisers and ARLEIGH BURKE-class destroyers,” commented Brent Butcher, VP of the weapon systems product line at BAE Systems. “Going forward, this contract secures our role in providing the Navy with cutting-edge design and engineering supporting this critical warfighting capability.”

The Mk 41 VLS launches a broad range of missiles, including the Standard Missile SM-2, SM-3, and SM-6 variants; the TOMAHAWK Land Attack Cruise Missile; the NATO SEAPSARROW and Evolved SEASPARROW; and the Vertical Launch Anti-Submarine Rocket. It  is also deployed with the navies of Australia, Canada, Germany, Japan, the Netherlands, New Zealand, Norway, South Korea, Spain, and Turkey. 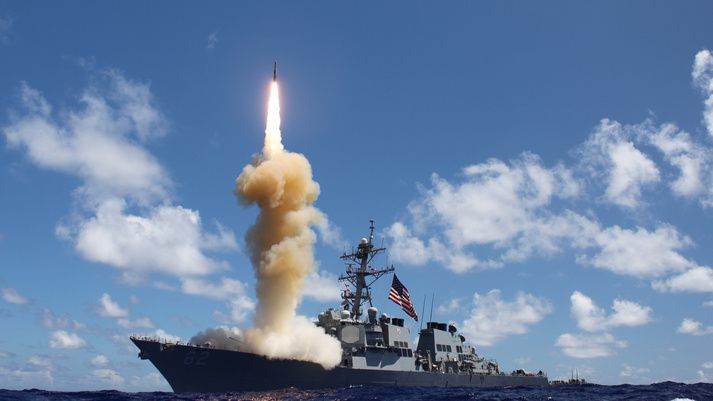 The Mk 41 VLS is fitted to a broad range of surface vessels in at least 11 navies around the world. (Photo: USN)