Babcock International has been awarded a contract to install a variable speed drive system for the central cooling system of the Irish Naval Service SAMUEL BECKETT-class OPVs, the company announced on 17 August.

First installed on the fourth of class – the LÉ GEORGE BERNARD SHAW – at the time of build, the drive system enables the vessel to manage power outputs, depending on conditions and demand. The system has proved to be extremely effective and the service has now requested its installation across the entire class to save power, fuel and cost, whilst providing a more environmentally friendly running option. Babcock will work with a number of suppliers to complete the work package, which will include all aspects of the project from design to engineering assurance.

“Our ability to support global navies is founded on collaboration with a real focus on our customers’ operational success,” commented Gary Simpson, Managing Director of Babcock’s Marine Support business. 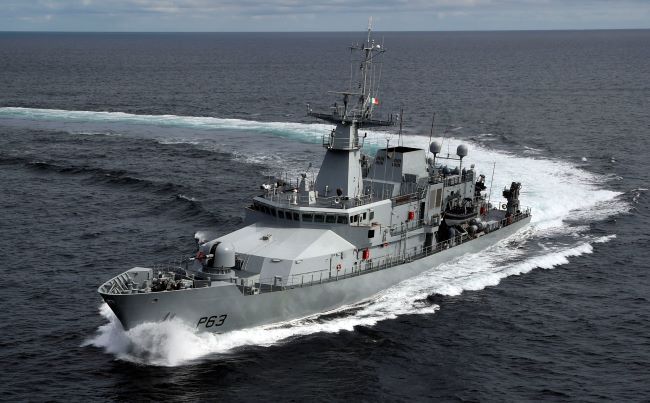