Daewoo Shipbuilding & Marine Engineering (DSME) announced on 15 March the signing of an MoU with Babcock International for strategic co-operation in the development of naval vessels.

The company said the two sides agreed to work together to become more competitive in both the domestic and international markets. DSME said it is particularly focused on securing core technologies to advance the development of “state-of-the-art” warships for the Republic of Korea Navy (RoKN).

DSME is competing with local shipbuilder Hyundai Heavy Industries (HHI) to meet several ship requirements for the RoKN, including design and construction of a new light aircraft carrier. However, Babcock, which took part in the development of the Royal Navy’s Queen Elizabeth-class carriers, already signed an MoU with HHI last October, to support development of the carrier, should the latter win the contract. 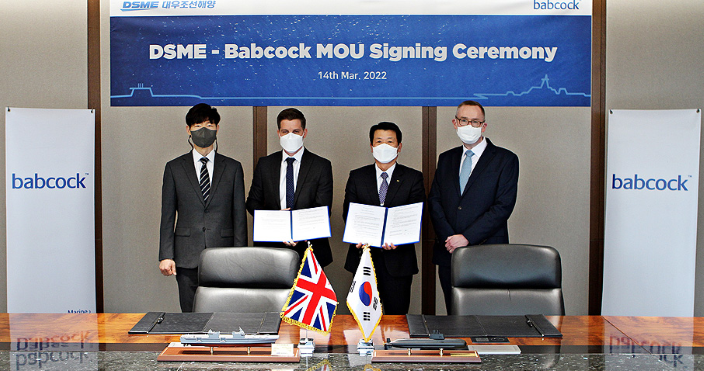 Officials from both companies at the signature event on 14 March. (Babcock)