In a move to enhance its emergency multirole airborne capabilities to more effectively counter the ever increasing risks of firefighting duties, the Italian National Fire Corps (Vigili del Fuoco – VDF) signed a contract for the supply of three AW139 intermediate twin engine helicopters. The order, valued at around €45 million, also includes integrated logistic support and training for pilots and technicians, and encompasses an option for 12 additional helicopters. Deliveries of the three new aircraft are expected to start shortly and to be completed in 2019.

At the same time the Los Angeles Fire Department (LAFD) is set to introduce a fifth AW139 helicopter into its fleet. The aircraft is expected to be delivered from Leonardo’s Philadelphia, PA/USA facility in Spring 2019 and will be used to perform a range of missions primarily including fire suppression, emergency medical service (EMS) and search and rescue (SAR). The LAFD protects more than four million people in America’s second largest city. It is responsible for 400+ square-miles, 106 stations, and over 3,200 firefighters. LAFD Air Operations’ mission includes fire suppression, air ambulance transport, hoist rescues, reconnaissance and mapping. Their helicopter fleet is housed at Van Nuys Airport (KVNY). 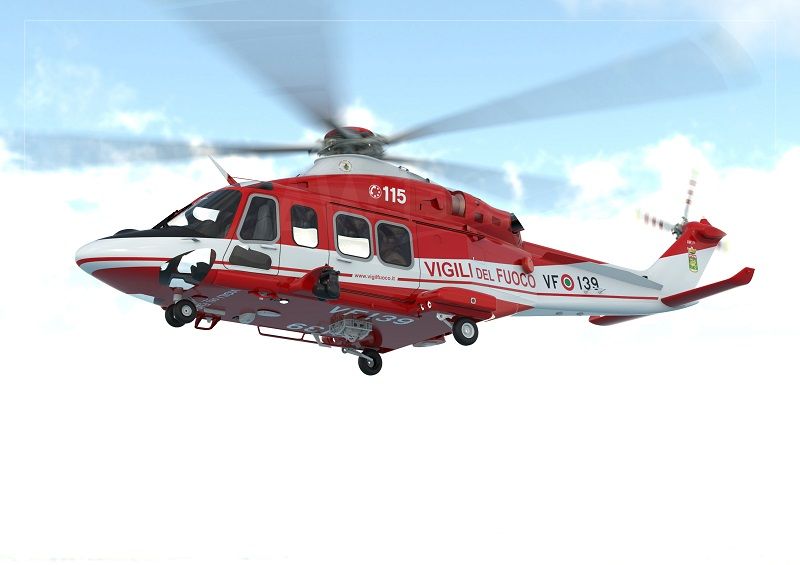