The Japan Air Self Defense Force (JASDF) has recently taken delivery of its 7th C-2 transport aircraft from manufacturer Kawasaki Heavy Industries this week. Up to 30 aircraft are expected that will replace the existing 30 C-1 transports that have been in-service with the JASDF since the 1950s and 1960s. Deliveries of the new C-2 aircraft started in June 2016 and operations started in March 2017; but future planning is difficult for Kawasaki.

Hideki Yamaoka, Vice Executive Officer and Project Manager at Kawasaki, told MONCh that Japan’s budget rules means that it only orders a maximum of three aircraft per year. The yearly budget cycle is divided into two parts with the orders being placed in the April-September period followed by deliveries in the October-March period.

Mr Yamaoka said that the company was already in discussion with the Japanese MoD about further orders beyond the seven and admitted it was impractical for a company like Kawasaki to have to wait for orders on an annual basis and without the guarantee of a long production run. He added that there are attempts at trying to change the budget system and reform is under consideration for the future.

The C-2 was first devised as the XC-2 from 2001-05 with a first flight taking place in January 2010. Series production started in 2012 and the whole development was completed in March 2017 with the deliveries of production variants already started the year before.

Kawasaki stated that the C-2 was preferred over the C-130J, C-17 and A400M because these options, “did not satisfy all of the wide range of JASDF requirements, such as payload, take-off and landing distances, range and maximum cruising speed.”

C-2 is intended to provide the JASDF the ability to engage more widely in international peacekeeping operations as part of the United Nations. Mr Yamaoka said this was so that Japan could deploy, “anywhere in the world.” The aircraft is 43.9m-long with a high T-tail and uses the CF6-80C2 turbofan engine that gives it improved range and carrying capacity with a maximum take-off weight of 141t.

Mr Yamaoka said that C-2 will replace both the C-1 and the C-130H tactical transport aircraft in JASDF service and provide improved capabilities because it is a leap of two generations of aircraft.

Mr Yamaoka said along with the aircraft Kawasaki has delivered training manuals, simulators and other devices but stressed that the JASDF does all of the training itself without industrial involvement.

The industry executiry added that Kawasaki has, “just started,” to talk to, “several,” other countries about export opportunities for the aircraft and although he could not name those interested he said that Australia was not involved in any discussions with the company. 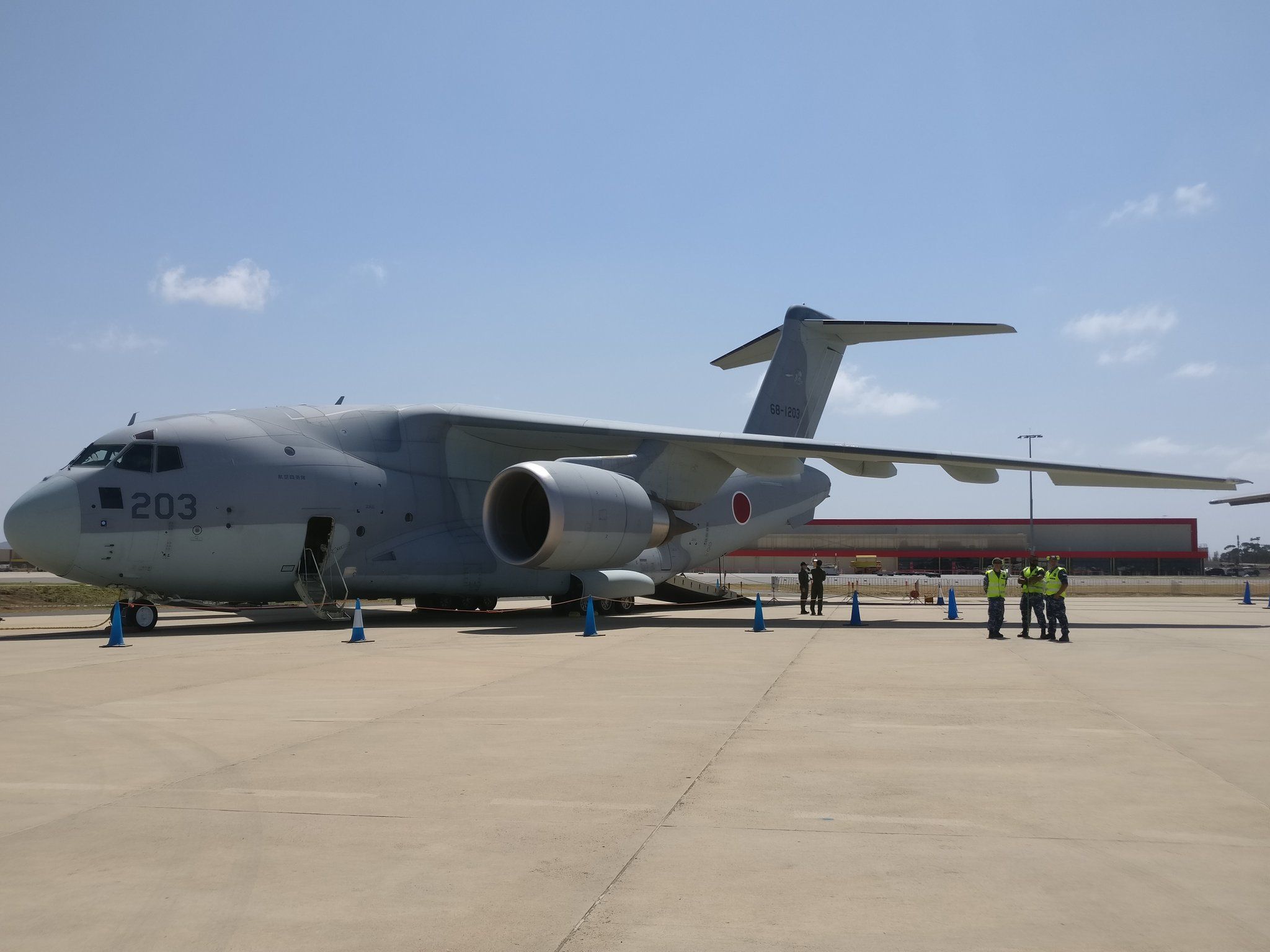