Australian Special Operations Forces (SOF) are seeking to procure new light and attack helicopters for special missions.  The requirement was identified in the Defence White Paper of 2016 and it will give them a capability that they do not currently have whilst using their existing S-70A-9 BLACK HAWK helicopters and the MRH-90 TAIPANs that will replace them.

Hawker Pacific has responded to a Request For Information (RFI) for the Land 2097 Phase 4 programme that was issued in December 2018 for a Special Operations Aviation Capability and at the Avalon Air Show the company is displaying both the Bell 429 and the Bell 407 platforms that it will bid with.

Trevor Thomas, Strategic Programmes Director with Hawker Pacific told MONCh that Hawker Pacific is the prime contractor with Bell Helicopter as the technology provider. This is because procurement contracts in Australia now have to meet stringent requirements for Australian Industrial Content (AIC) to ensure the Australian Defence Force has secure and sovereign supply chains.

Whilst the 407 and 429 airframes would be built by Bell in the US and delivered to Australia, practically all the modifications, integration and systems work would be undertaken by Hawker Pacific in Australia. This includes the addition of command and control systems, sensors, weapons and other off-the-shelf equipment required by the Australian SOF community.

Mr Thomas said that Hawker Pacific has the infrastructure to do this kind of work in place already and has completed modifications to other aircraft in a similar fashion. Hawker Pacific’s maintenance, repair and overhaul and modification facility is located at Bankstown airport near Sydney in New South Wales only about 15km from the Australian SOF base in Holsworthy as part of the Australian Army 6th Aviation Regiment.

The aircraft have to be capable of urban operations and fit in an RAAF C-17A GLOBEMASTER strategic transport airlifter and Mr Thomas said that now the RFI has closed Defence is talking to industry responders seeking clarification of their initial offers and asking questions about capabilities that were not highlighted in the RFI. A tender is expected in the 3Q or 4Q of 2019 with an expected four companies likely to respond. A one-year evaluation is expected to follow and then in 2021 a government decision is expected with deliveries taking place from 2022-23. Up to 16 helicopters are expected.

The reason that Hawker Pacific is offering both the 407 and 429 airframes is to give the SOF the option of either a traditional single engine helicopter capability with the 407 or a twin engine on the 429. Thomas said that both aircraft meet the specification of the RFI but further details will emerge once the tender is released later this year with a requirement for a platform in the 4t range.

The traditional view of SF helicopter operations is the Black Hawk Down film showing a dramatization of US SOF operations in Mogadishu in 1993 – however since then things have moved on. A military off-the-shelf helicopter, based on a commercial variant will have the latest safety and crash protection as well as a raft of other improvement and technologies included. Mr Thomas said the COTS platforms can all be up-specced if required.

The Bell 429 is a new design, whilst the 407 comes from the family of OH-58 KIOWA WARRIOR with a common rotor systems and rotor blades, large cabin, dual channel engine control and Garmin‘s G1000H NXi Integrated Flight Deck.

Whilst Hawker Pacific has submitted its AIC bid, this is something that the ADF will have to look at closely to ensure that it has assessed the cost implications, but Thomas said they will examine the final configuration and see what can be done.

In 2015, the Australian government conducted the First Principles Review and its findings were reflected in the Defence White Paper the following year. It found that in the future Australia is likely to become more committed to operations in the region, particularly in the north and Pacific.

However, it realised that in order to engage in more high-end or war-like scenarios it would have to change its procurement practises. A commander’s intent was not being backed up by the ability to supply and support its front-line military forces. With more Australian content in its defence equipment it means that fewer parts need to be sourced from overseas therefore the supply lines are faster and more assured – therefore supporting a commander’s intent. This is not something Australia has done before and is something of a step-change in its approach.

Meanwhile other industry contenders are Airbus with the H145M multi-role helicopter, the Boeing AH-6i LITTLE BIRD light attack/armed reconnaissance helicopters and the AW109 TREKKER from Leonardo twin-engine light multirole helicopter. With a maximum take-off weight of 2.7t the Bell 407 compares favourably against the Trekker at 3.2t and the H145M at 3.9t but more than the AH-6i Little Bird at 1.4t, whilst the Bell 429 is 3.6t. 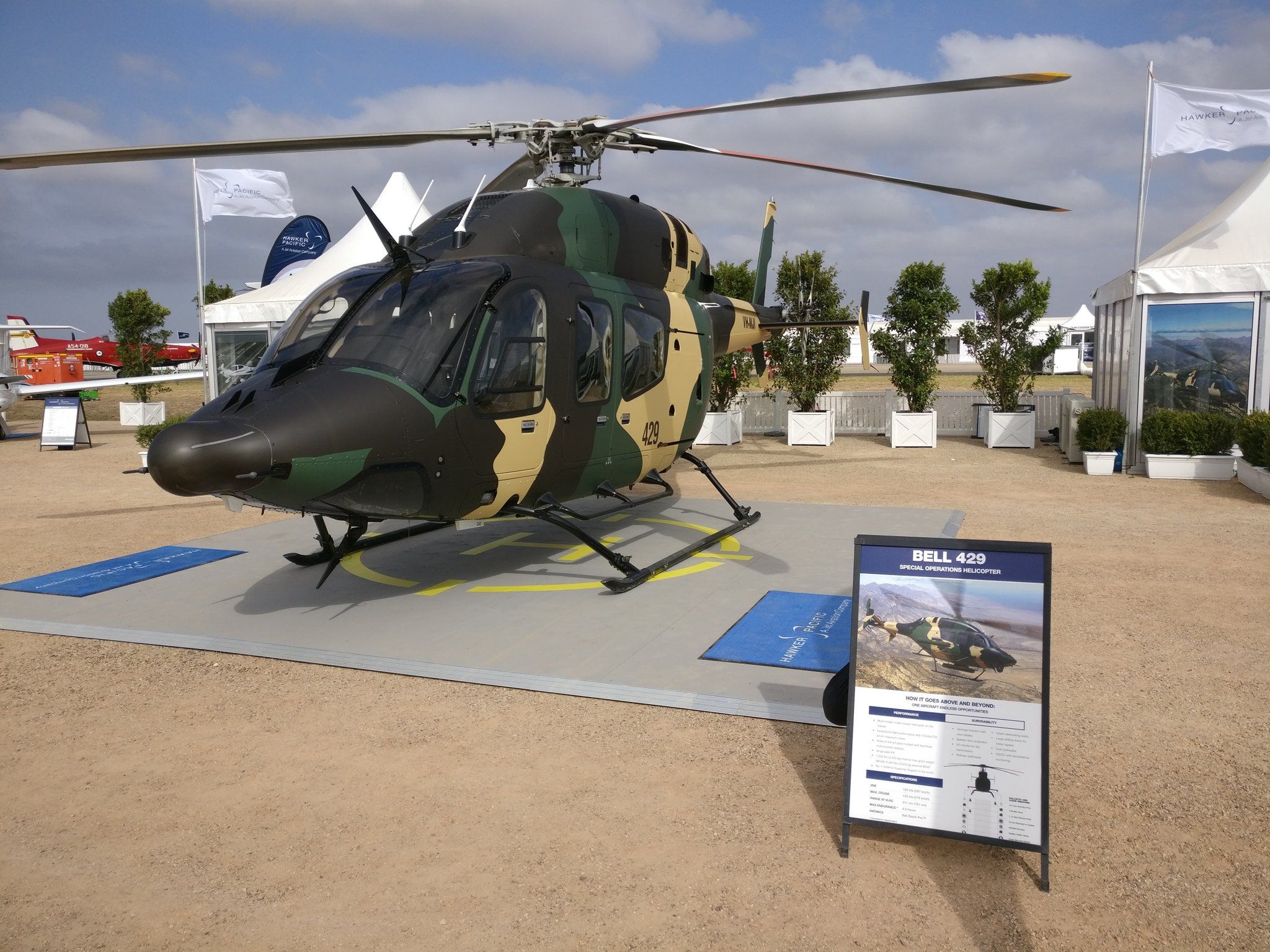