Kongsberg is displaying the Joint Strike Missile (JSM) that is a possible option for Australian F-35A long range naval and land attack capability. Australia is funding the development of a new long-range passive dual mode RF seeker for the JSM through a contract with BAE Systems Australia.

Kyrre Lohne, VP of Strategic Communications at Kongsberg told MONCh: “That they spend money on that might be an indicator they are interested in JSM but we will see.”

The JSM uses both a dual mode passive RF seeker and an electro-optical infra-red imaging system to provide a long-range search, identification, classification and targeting capability to the system. Using an onboard computer and algorithms it can detect radar signatures given off from ships at sea or from ground-based air defence sites that have radar to locate, identify and strike them using Automatic Target Recognition (ATR).
Lohne said that also an area of interest can be estimated and the JSM can be sent there to find the target location with a high level of precision: “Other sensors use navigational means to target, but JSM actually sees the target and can pinpoint an area on the target and do not miss by anything more than a couple of feet.”

“JSM is long range, stealthy, with a very low radar signature, passive – so no emitting signals from the nose, an EO/IR seeker and RF seeker. If a ship emits long range radar signals it will identify it and on land to engage a radar or Ground Based air defence site with radar working it will assist the EOIR system identifying the target. The combination of the EOIR imaging and RF seeker is striking,” he added.

JSM completed development in June 2018 and is in the integration phase onto F-35A. Mr Lohne said that the programme is on track but could not say when the integration phase would be complete but that it completed an extensive verification and validation firing programme from 2016-18.
The JSM was developed as a solution to Norway’s desire for a long-range stealthy combined land attack and anti-ship missile for its F-35A aircraft after studies of existing planned weaponry for the aircraft were found to be lacking in this capability.

Norway has a long coast line with lots of water and a border with Russia with Russia’s largest naval base just over that border. Norway already had the Naval Strike Missile (NSM) that was a land and ship-launched capability and Kongsberg was awarded a contract in 2012 to develop the JSM to fit into the F-35A weapons bay.

Mr Lohne said that the shape of the JSM, “is exactly how it looks inside the weapons bay and fits it exactly. All the other weapons are adapted to the F-35. The shape is such that it fills up every square cubic inch, maximise fuel tanks to get maximum range.”

One JSM can be fit in each weapon bay on the F-35 although others can be fitted to the wing but compromise stealth and range. According to Mr Lohne all F-35 countries are interested and available for all with standard integration. 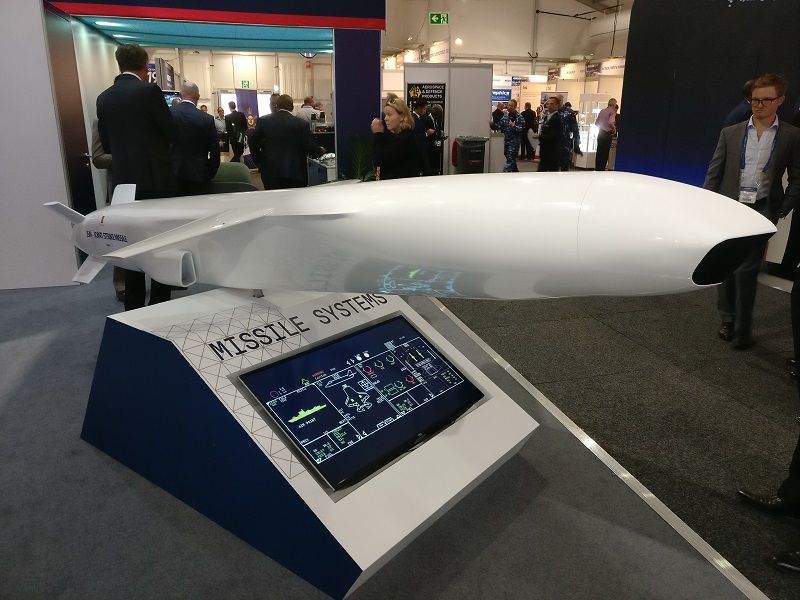