“AeroVironment’s small UAS and tactical missile systems have transformed the way ground forces train, equip, plan and operate to deliver battlefield superiority,” said Trace Stevenson, Vice President and Deputy General Manager of AeroVironment’s UAS business. “Working with Kratos, an innovative host aircraft partner, together we are developing and will demonstrate the integration of tube-launched UAS and TMS into long-range, high speed and low cost unmanned systems for their transport and delivery into near-peer, denied environments.”

“Kratos and AeroVironment offer complementary capabilities while sharing an intense focus on disruptive and affordable unmanned aircraft solutions for the US Department of Defense [DoD],” Steve Fendley, President of Kratos Unmanned Systems Division, continued. “Deploying AeroVironment’s tube-launched UAS and TMS from Kratos’ highly survivable, long-range jet UAS creates an exciting opportunity to substantially increase the effectiveness and stand-off range of our existing technologies. Using internal funding, Kratos rapidly developed and demonstrated the MAKO Tactical UAS in 2015, proving the speed advantage of the internal funding approach. By teaming together and investing in this capability in support of the American warfighter, Kratos and AeroVironment seek to further enhance our nation’s defenses with an affordable, comprehensive mission solution that will be ready in months, not years.”

Kratos and AeroVironment’s first collaborative project is designed to demonstrate the ability to launch, communicate with, and control a small, tube-launched loitering aircraft from a larger runway-independent unmanned aircraft. The overall system-of-system effectiveness will be evaluated for its ability to coordinate the effects of the smaller AeroVironment systems, relay useful information back to the Kratos mothership, and either pass information back to a ground control station or act upon that information to modify mission taskings.

“With sufficient onboard autonomy, sensors, payloads and an integrated system design, we aim to demonstrate the deployment of large quantities of smart systems that overwhelm and disable enemy systems, while bending the cost curve to make it financially prohibitive for unfriendly nations to challenge our armed forces,” Mr Stevenson concluded. 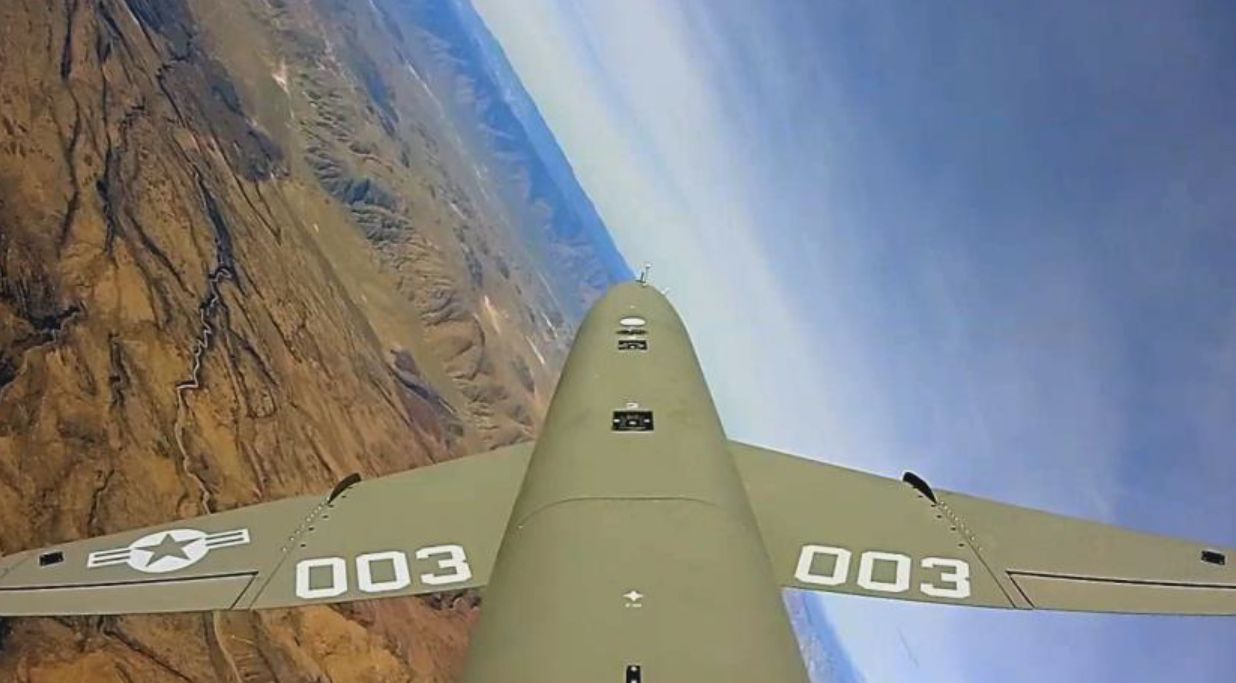