A$3.5 Billion Investment for Heavy Armour

The Australian DoD announced on 10 January that it plans to invest A$3.5 billion (US$2.51 billion) in enhancing the Australian Army’s heavy armoured combat capabilities by acquiring ‘evolved’ Abrams main battle tanks (under Project Land 907 Phase 2) and several types of combat engineering vehicles (under Land 8160 Phase 1).

“Teamed with the infantry fighting vehicles, combat engineering vehicles, and self-propelled howitzers, the new Abrams will give our soldiers the best possibility of success and protection from harm,” said Defence Minister Dutton, adding that the tanks will incorporate “the latest developments in Australian sovereign defence capabilities, including command, control, communications, computers and intelligence systems,” and benefit from the intended manufacture of tank ammunition in Australia. In this regard, the minister noted that the introduction of the new M1A2s will take advantage of existing support infrastructure, with significant investment in Australian industry set to continue in the areas of sustainment, simulation, and training.

Referring to the procurement plans, Chief of Army Lt Gen Rick Burr described these armoured vehicles as “essential” to Australia’s ability to contribute to a “credible land combat capability integrated with joint and coalition forces […] The main battle tank is at the core of the ADF’s Combined Arms Fighting System, which includes infantry, artillery, communications, engineers, attack helicopters and logistics,” he explained, adding that, because of their versatility, these tanks can be used “in a wide range of scenarios, environments and levels of conflict in the region”. He also stated that this system “is the only part of the ADF that can successfully operate in medium to high-threat land environments […] The M1A2 SEPv3 Abrams protection, accurate and lethal fire, mobility and situational awareness cannot be delivered by any other platform. There are no other current or emerging technologies – or combination of technologies – that can yet deliver the capability currently provided by a main battle tank”.

The M1A2 SEPv3 MBTs are expected to replace the current fleet of M1A1 SA tanks (with no changes to the force structure of the Royal Australian Armoured Corps), while the additional M88A2s will provide “deprocessing and combat vehicle recovery support” for the Australian tank fleet, according to the US Defense Security Cooperation Agency in a public announcement last year.

Meanwhile, the M1150 ABVs and the M1074 JABs will be new for the Royal Australian Engineers, bringing under-armour bridging and breaching capabilities, increasing effectiveness and survivability of Australian combat engineers, and providing increased mobility for the armoured fleet, said the DSCA. 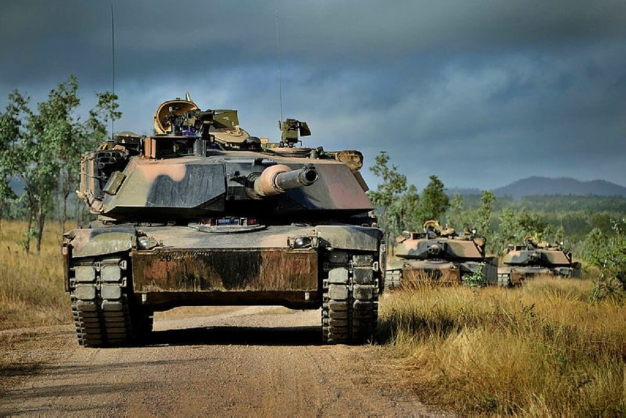