Australia has requested advice from Washington regarding the potential acquisition of up to 40 BLACK HAWK helicopters, as it considers premature retirement of its MRH90 TAIPAN aircraft over high maintenance and operational costs, as well as performance and reliability issues, the government confirmed on 10 December.

Defence Minister Peter Dutton said the Australian Defence Force’s (ADF’s) TAIPAN fleet – currently used by the Army as its main utility helicopter, including support to special operations, and by the Royal Australian Navy (RAN) to provide a maritime support capability – “has not met contracted availability requirements nor the expected cost of ownership ahead of its planned withdrawal from service in 2037”.

The minister said the TAIPAN has been a “project of concern” over the past decade, pointing out that the platform – 47 examples of which are currently in ADF service, including six with the RAN – has seen nine instances where it has been unsuitable to fly.

“I’m just not going to put our people in that position. We want the best equipment for them, and the BLACK HAWK clearly is going to provide that outcome,” stated Dutton, adding, “Over the life of what we thought would be out to about 2037 of the TAIPAN, we will see savings of about two-and-a-half billion [Australian] dollars over that period, because the BLACK HAWK is so much cheaper on a per hour basis to run than the existing TAIPAN”.

The minister did not provide any budget details or a timeline as to when the government would seek to acquire the US-built BLACK HAWKs, but noted that the ADF needs this capability “sooner [rather] than later” and that he hopes Australia will see the new helicopters in service “over the next couple of years”.

“We could have delayed this choice out to 2037, but it’s right that we’ve made the decision now so that we can get them into service more quickly,” added Dutton.

According to the Department of Defence in Canberra, the TAIPAN replacement options “will be subject to government consideration once all the relevant information is available”. 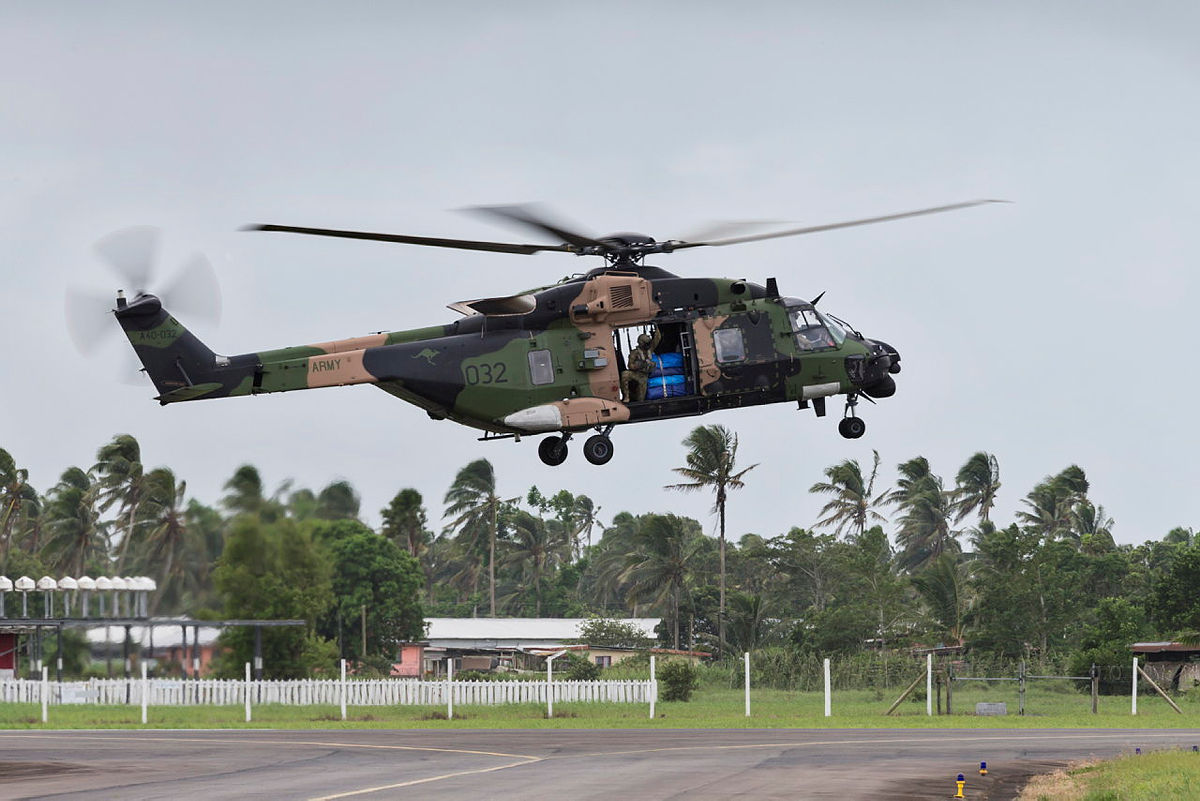 The ADF acquired the TAIPAN to replace the army’s S‐70A‐9 BLACK HAWK and the navy’s SEA KING fleets, with the first examples entering service in 2007. (Photo: Australian government)