The Australian DoD announced on 25 January that it has opened a ‘Hypersonics Research Precinct,’ designed to help government, industry, and academia to advance defence projects focused on high-speed and hypersonic flight research and technologies.

Defence Minister Peter Dutton said that the A$14 million ($10.3 million) centre at Eagle Farm in Brisbane will provide a location for the domestic and international partners to “advance our understanding and use of hypersonic technology through flight test vehicles.” The aim is for defence researchers to use the centre to develop and characterise sovereign hypersonic technologies and generate ‘true’ hypersonic flight conditions at large scale in a classified laboratory, noted the minister.

“It’s a complex technological challenge to build vehicles capable of flying at five times the speed of sound, that skim the stratosphere, to target any location on the planet,” observed Dutton, adding that the technology set to be developed at the new precinct “will help us to better defend against the malign use of this technology and give us the ability to strike any potential adversaries from a distance and deter aggression against Australia’s national interests.”

In a separate statement issued the same day, Thales Australia said it is actively supporting Canberra’s innovation and national security objectives through a collaborative research and development programme, aimed at delivering an advanced rocket motor technology for Australia’s hypersonics programme. “Thales is proud to work with are range of SMEs including Southern Launch, Airspeed, Mincham and Mackay Defence, which will deliver specialised technology for the complex programme, including tooling and precision engineering, specialised polymeric insulation products, composite cases, as well as design and launch services,” noted the company.

The opening of this purpose-built centre, which accommodates over 60 staff and provides a collaborative space for development, comes after the DoD included hypersonic weapons in an expanded list of industrial competencies regarded as critical for supporting the future warfighting capabilities of the Australian Defence Force (ADF).

At the same time, Canberra is continuing collaboration with Washington to develop hypersonic missiles for its aerial capabilities. For instance, the US and Australian DoDs announced on 30 November 2020 the launch of the Southern Cross Integrated Flight Research Experiment (SCIFiRE) programme, a bilateral effort to advance the development of air-breathing hypersonic technologies.

The effort, which is an Allied Prototyping Initiative (API), also pursues potential co-production opportunities between the two countries and leverages US and Australian collaborative hypersonic activities over the past 15 years under the Hypersonic International Flight Research Experimentation (HIFiRE) programme. The latter involved science and technology research into hypersonic scramjets, rocket motors, sensors, and advanced manufacturing materials. 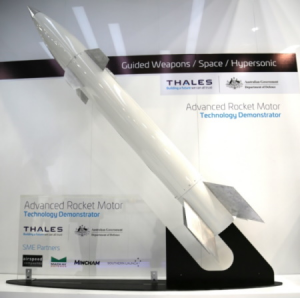 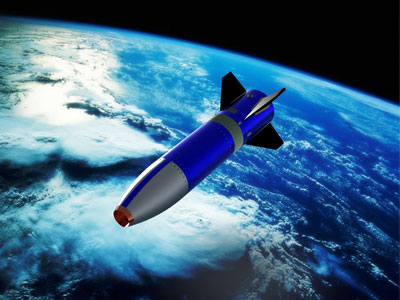