Last of Six to be Delivered by May Next Year

The 58m Cape Otway, was constructed in Henderson by Austal, and launched last October. It will be home-ported at HMAS Cairns by mid-year, where it will be joined by another vessel of the class as well four Arafura-class OPVs by the end of 2028. The second vessel, Cape Peron, will be handed over to the RAN in July and the remaining four – Cape Naturaliste, Cape Capricorn, Cape Woolamai, and Cape Pillar – still under construction, will be delivered by May 2023.

Minister for Defence Peter Dutton said the acceptance of Cape Otway marks another significant milestone in the contract with Austal, adding that the class “will strengthen Australia’s naval capability while providing greater reliability and effectiveness to the Royal Australian Navy’s patrol force to keep our borders safe […] The six vessels will boost the navy’s current patrol boat capability as we await the introduction into service of the newer and larger Arafura-class offshore patrol vessels. We are now one boat closer to establishing that vital capability”. They will also be the first vessels to be maintained at the Regional Maintenance Centre North East, in Cairns, he added.

Austal is supplying the vessels under an A$324 million ($241.8 million) May 2020 contract. They will be used for border protection, fisheries and constabulary duties. The shipbuilder says the ‘evolved’ Cape-class vessels include several enhancements to extend their capability, including an increase in crew capacity from 22 to 32. Moreover, “quality-of-life provisions have been enhanced, ensuring those who operate the new Capes have WIFI connectivity to the outside world regardless of the operating environment,” the company noted. 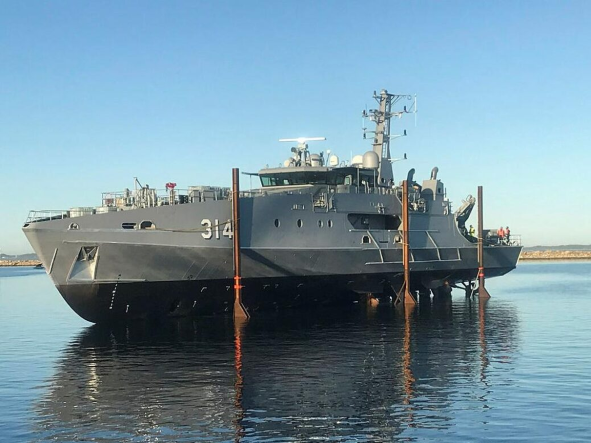