This abridged article (for full article, please see MT #9-2018 available at MSPO 2018 in Kielce, Poland, or order here) highlights how the Australian Army is going through an extensive capability upgrade that will see it take delivery of more powerful weaponry over the next decade. A look at how under its 2016 Defence Capability Plan the Australian DoD is making sure the funds are available for some expensive new platforms.

The most recent example of this is the decision to select the BOXER 8×8 wheeled armoured vehicle as its Combat Reconnaissance Vehicle (CRV) under Project Land 400 Phase 2, worth about A$5 billion. Under the contract, announced in March, the Australian Army will receive 211 BOXERs from Rheinmetall, to replace the existing Australian Light Armoured Vehicle (ASLAV) from 2020-21, with all three Armoured Cavalry Regiments fully equipped from 2026.

At 38t, BOXER is considerably heavier and has more armour than the 13t ASLAV. BAE Systems and Patria’s competing offer – the AMV – weighed in at 30 tonnes. BOXER will be delivered in several different variants to meet the Army’s future tasking, reflecting the same missions as those undertaken by ASLAV. These include reconnaissance, C2, joint fires, surveillance, ambulance, battlefield repair and recovery…

This approach is reinforced by the plan to replace the M113 APC with 450 new IFVs and 17 support vehicles under Phase 3 of Land 400, which is worth about A$10-15 billion. The RfP is due later this year and it seems another tracked vehicle is anticipated although, interestingly, wheeled options have not been ruled out. There will be no shortage of contenders but there are a range of options for the ADF.

On the back of its Phase 2 win, Rheinmetall could offer the PUMA tracked IFV (from 31-43t) or its new LYNX (38-45 tonnes). We now know that General Dynamics European Land Systems is offering the ASCOD 2 (about 38-42t), which has been selected by the British Army for its AJAX armoured reconnaissance vehicle (story here). BAE Systems has the CV9035 (about 35 tonnes). Asian options include the KT-21 from Doosan (26t) and BIONIX (24t) from Singapore Technologies. South Korea’s Hanwha Defense Systems unveiled its new Infantry Fighting Vehicle (IFV) as a contender for Australia’s Land 400 Phase 3 acquisition (story here). An outside bet could be the heavily protected Israeli NAMER APC (about 60t), but the Australian requirement for the vehicle to be airlifted by a C-17 means it may not qualify…

The Effects of Structural Change

However, like many western militaries, the Australian Army has determined that the future character of conflict means that more operations will require increased levels of protection for soldiers and vehicles and will likely take place within an urban environment. In addition, enemy forces have access to heavier and more sophisticated weaponry, therefore all these conditions make light armoured forces a thing of the past…

Battle Management and C4I – the Glue

Tying everything together is the Land 200 communications and battle management system (BMS) project. This brings together a number of individual programmes that have been beset by delays and obsolescence issues.

Firstly, Land 75 Phase 3.4, Battlefield Command Support System (BCSS), will provide the support system and a BMS. Elbit Systems was contracted in March 2010 to provide this element. The ANAO Major Projects Report, published last year, raised concerns about the maturity of the programme and highlighted complex design issues that have caused delays. Elbit has refused to comment, but Land 75 Phase 3.4, alongside Land 125, which is providing infantry equipment, is known as Tranche 1 of Land 200 and this is still being delivered…

Meanwhile, under JP2072 Phase 3, Harris Australia must ensure that Elbit’s enhanced BMS can work on Boeing’s NPMS, while providing its own PRC-158 radio for installation in the Army’s vehicles, along with other radios at a later date.

When it finally comes on stream in 2021-22, Land 200 will provide the Army with a secure Mobile Ad Hoc Network (MANET) that will provide communications up, down and across the command structure with data and voice functionality. 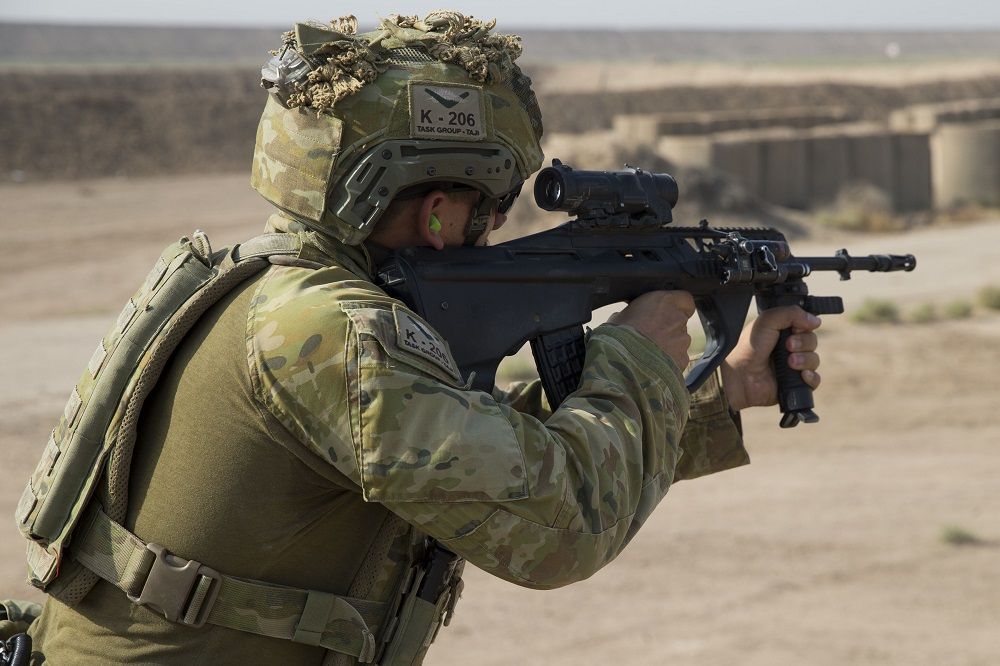