A look at how the US Army is moving forward in executing its plan for rebuilding America’s military, designed to reverse an erosion of its warfighting capabilities.

This situation is viewed as the result of two decades of focus on low-intensity insurgency conflict, compounded by the Congressionally-mandated budget sequestration. Together, these led to deferment of equipment procurement needed to maintain and modernise the US Army. In fact, major improvements were developed for many primary combat systems that gave them the advanced capabilities needed to address evolving threats. These included the M1A2 SEP V3 and M1A3, the M109A7 Self Propelled Howitzer, the Armoured Multi-Purpose Vehicle (AMPV), improved STRYKERs, and other key systems. The difficulty was that these were only procured in modest numbers. Production contracts were well below the levels needed to get these capabilities to the units that would go to war. For example, the ABRAMS SEP V3 MBT 2016 production contract covered only 50 vehicles: the army’s inventory is over 6,000. Similarly, the 2016 contract awarded for the AMPV replacement for the M113 tracked carrier, covered only 289 low rate production vehicles, against an army requirement of at least 2,897. These and other acquisitions reflected inefficient production rates and lengthy fielding schedules that left even front-line units without the new systems. This emphasis on development over production and fielding reflected a choice by army leadership which, over time, has adversely impacted combat readiness.

This is changing. A shift to prioritising readiness has been evident within army circles for some time. Some of this might be attributed to consideration of actions in Georgia and the Ukraine involving Russian military forces. The possibility of engaging with peer and near-peer opponents, as well as recognition of possible commitment to unpredicted contingencies, gave this a new urgency. To address these new demands requires weapons and equipment, tactics and techniques and collaboration to be developed – and trained for.

US Defense Secretary Mattis’ 2017 directive placed a priority on regaining readiness and, “building s larger, more capable and more lethal joint force” – and to do so faster than traditional scheduling might allow. His plan reflected a major push for force modernisation in 2019-2023. In response the acting army Secretary, Mark Esper, and army Chief of Staff Gen Mark A Milley laid out a strategy, as a spokesperson described, “to achieve overmatch and sharpen the army’s competitive advantage to deter, compete and win against any adversary [and] to leverage smart and bold institutional reform by unifying the modernisation enterprise under one command.”

A key driver in these modernisation programs is the army’s ability to undertake and successfully perform against near-peer opponents. This is a challenge significantly different from that of fighting insurgents and is particularly true for artillery, highlighted by battlefield evidence of the effective role played by indirect fires in the Russian-Ukrainian conflicts. These combined to make LRPF the army’s number one priority. Brig-Gen Stephen Maranian, head of the LRPF CFT, stated, “we need to increase range, volume of fires and lethality of our surface to surface fires.” The intent is to achieve much of this through improvements and modernisation to current artillery cannon, rocket and missile platforms.

Deep strike has been provided by US Army Tactical Missile System (ATACMS), launched by the M270 Multiple Launch Rocket System (MLRS) and M142 High Mobility Artillery Rocket System (HIMARS). However, as a Fires Center of Excellence spokesperson explained, “The ATACMS inventory is aging plus, by international agreement, the M39 and M39A1 cluster munitions used in ATACMS will be removed from the inventory after 2018.” A new missile now called the Precision Strike Missile (PRSM – previously designated Long Range Precision Firepower (LRPF)), has been in the works for several years. Both Raytheon and Lockheed Martin have candidates developed under technology maturation and risk reduction contacts. The new missile is intended to address targets including assembly areas, airfields, communications and air defences out to 499 km and potentially further using precision guidance. Candidate prototype test firings are anticipated in 2019. The army is suggesting that the selected system from the shoot-off could have an Initial Operational Capability (IOC) in 2023, four years earlier than the previous date. A preplanned upgrade to PRSM is also being considered that would provide for tracking and attack of moving targets, including ships. This is essential to the army’s potential role in cross-domain warfare.

The purview of the NGCV includes the AMPV, Mobile Protected Firepower (MPF), Optionally Manned Fighting Vehicle (OMFV), future Robotic Combat Vehicles (RCV) and next-generation main battle tank MBT. The AMPV programme was awarded to BAE Systems in 2014 and is currently undergoing user trials, with low rate production of 289 systems underway through 2020. Five versions are being pursued in support, command, medical, engineer and mortar roles, to be fielded to the ABCTs.

Deployable armoured firepower for the Infantry Brigade Combat Team (IBCT) has been lacking since the 1996 retirement of the M551 SHERIDAN. The first programme using the army’s new preferred acquisition approach is pursuing a solution in the MPF vehicle. The initiative broke new ground by involving industry in the programme from initial requirements development. Brig-Gen Ross Coffman, Director of the NGCV CFT, reflected that MPF “is an integration of mature technologies, not a technology development. As such, the objective is to rapidly field the best capability possible and closest to meeting the stated requirements.

So far, army officials have only asked for information, but they are expected to issue a proposal with more detailed requests for requirements and timelines from industry in the future.

BAE Systems built the original SUSV, or Bv206, and has since built a modernized version called the BvS10 in both armoured and unarmoured types. ST Engineering Land Systems unveiled its own version of a small, all-terrain tracked vehicle, called the BRONCO 3.

Just as enemy air defences have been the US military’s first priority for attack in its past conflicts, so too can American air defenders expect to be the first target for any peer adversary. Although the Army has maintained and improved its PATRIOT and Terminal High-Altitude Area Defense (THAAD) missile capabilities, Short Range Air Defense (SHORAD) has been seriously neglected.

Col David E Shank, Commander 10 Army Air and Missile Defence Command in Europe, shared that, “all but two active force SHORD units were deactivated, with their capability moved to the US Army National Guard. Even the SHORADs available to provide support to the army with NATO are activated National Guard deployed in Germany.”

The SEP (Soldier Enhancement Program), in place since 1990, is getting a new emphasis, particularly as it relates to increasing lethality. Gen McConville stated “We are going to give our soldier’s leap-ahead technology that is going to make them much more capable and lethal on the battlefield.” The latest push is linked with Secretary Mattis’s Close Combat Lethality Task Force, which is focused on the soldier and squad. A significant focus is on new squad weapons, including both a next-generation carbine and a squad automatic weapon (NGSAW). Prototypes of the latter in 6.8mm calibre are being sought from five companies for testing.

The intervention of Futures Command reflects a new attempt to achieve a way of equipping the soldiers with the right battlefield tools, when they need them and in the numbers they require. Coupled with emphases on both additional and more realistic training, it is hoped to provide the advantage that the army feels it requires to meet the demands of future battlefields. The next several years will show how successful these initiatives will be. 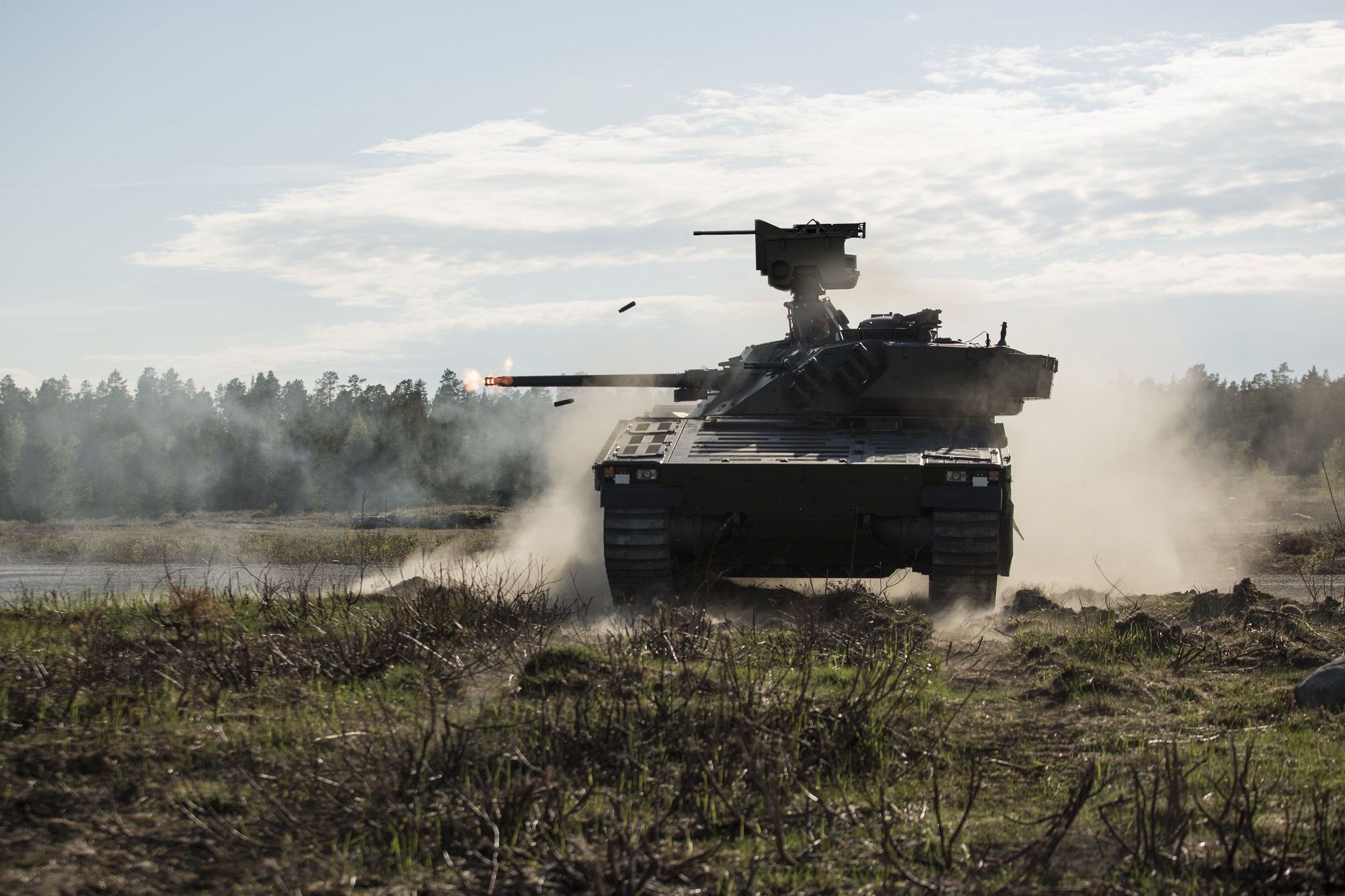