Oshkosh Defense (booth #1315) is at AUSA Global after this February being awarded a US Army, firm fixed- price requirements contract, spanning up to seven ordering years, for the Family of Medium Tactical Vehicles (FMTV) A2 variant. The future generation FMTV A2 to be provided by Oshkosh will be comprised of 16 models and associated trailers capable of carrying payloads ranging from 3-10t, and performing a wide range of duties from supporting combat missions, to relief efforts, to logistics and supply operations

Pat Williams, the company’s Vice President and General Manager for Army and Marine Corps Programmes, provided an early status of this major award: “We anticipate that Oshkosh and the US Army will prove-out the Family of Medium Tactical Vehicles (FMTV) A2 for two years with automotive testing and logistics development occurring. After testing, a production decision will occur. When the Army receives approval, they will order, and Oshkosh will produce the vehicles – we expect this in the third year of the contract.”

Asked about the industry members of the Oshkosh-led FMTV A2 variant team and their responsibilities, the company official replied: “Oshkosh has suppliers across the country, and the impact of Oshkosh winning the FMTV A2 contract involves hundreds of materiel, component, and technology suppliers in more than 30 [US] states, most of which whom are currently supporting the FMTV A1 or our other tactical wheeled vehicle programmes for the Army and US Marine Corps.” For example, Caterpillar is providing its C7 engine for the upgraded FMTV. Mr. Williams continued: “We are proud of our continued partnership with our suppliers – and we would look forward to continuing to work with them to successfully execute this programme.”

Beyond FMTV A2, Oshkosh has a full portfolio of other new- and recapitalisation activities, according to Mr. Williams.

In one instance, the company provides the US Army with its light, medium, MRAP All-Terrain Vehicle (M-ATV), and heavy tactical wheeled vehicle fleet.

For its light TWVs (tactical wheeled vehicles), the US Army recently placed its eighth order for 416 Joint Light Tactical Vehicle (JLTV) and Oshkosh has now delivered more than 1,000 JLTVs to the Army. “The JLTV programme remains on schedule, with a Full Rate Production decision expected in Quarter 1 fiscal year 2019,” Mr. Williams said. Oshkosh Defense is displaying the JLTV at this week’s AUSA’s Global Force Symposium.

“The JLTV continues to prove it is not only a highly-configurable vehicle able to perform missions ‘outside the wire’, but it also provides new levels of protected mobility that is highly transportable,” the Oshkosh executive added. “The JLTV is the most capable armored tactical vehicle ever built, providing warfighters with the payload, performance and protection they need for current and future battlefields.”

In the medium category, Oshkosh currently produces the FMTV A1P2 vehicle fleet and has delivered more than 36,000 trucks and trailers. “As mentioned earlier, we are very pleased to have been selected to continue providing the FMTV to the US Army with the recently announced FMTV A2 award to Oshkosh,” the industry expert emphasised.

On the recapitalisation front, Oshkosh holds contracts wherein heavily used vehicles are returned to Oshkosh, stripped to the frame rails and completely rebuilt to zero-mile, zero-hour condition. Recapitalised vehicles are put through the same extensive road tests, performance tests and inspection procedures as new vehicles. They receive the latest upgrades and are delivered with a new bumper-to-bumper warranty.

Mr. Williams continued: “For example, Oshkosh has helped to modernize part of the M-ATV fleet. In December 2014, the US Army awarded Oshkosh a base contract plus options to reset 800 Oshkosh-produced M-ATVs. In 2015, 460 more were called up to be reset, totalling 1,260. Recently, the USMC has had several requests for information for USMC M-ATV RESET opportunities and we are looking to leverage our Army RESET expertise to support the USMC RESET requirements.”

This M-ATV RESET programme helped the US Army achieve its goal of standardising the M-ATV fleet configuration, ensuring that its primary MRAP platform is 100% mission ready following years of operation in theatre. “As the original equipment manufacturer, Oshkosh Defense is best positioned to optimise fleet performance throughout the full life cycle of the vehicle. No other provider brings as much technical expertise, quality management and operational efficiency to a seamless spectrum of fleet sustainment and management services,” he added.

Finally, for the Family of Heavy Tactical Vehicle (FHTV) fleet, Oshkosh has received contracts to recapitalize the Heavy Expanded Mobility Tactical Trucks and Palletized Load Systems into the latest model configuration, to both standardize the fleet and upgrade the vehicles so they are operational ready. Mr. Williams recalled: “Prior to this contract, Oshkosh had worked with the Army to develop and begin producing underbody improvement kits for FHTV trucks. More than 11,000 FHTV trucks have been recapitalized to date.” 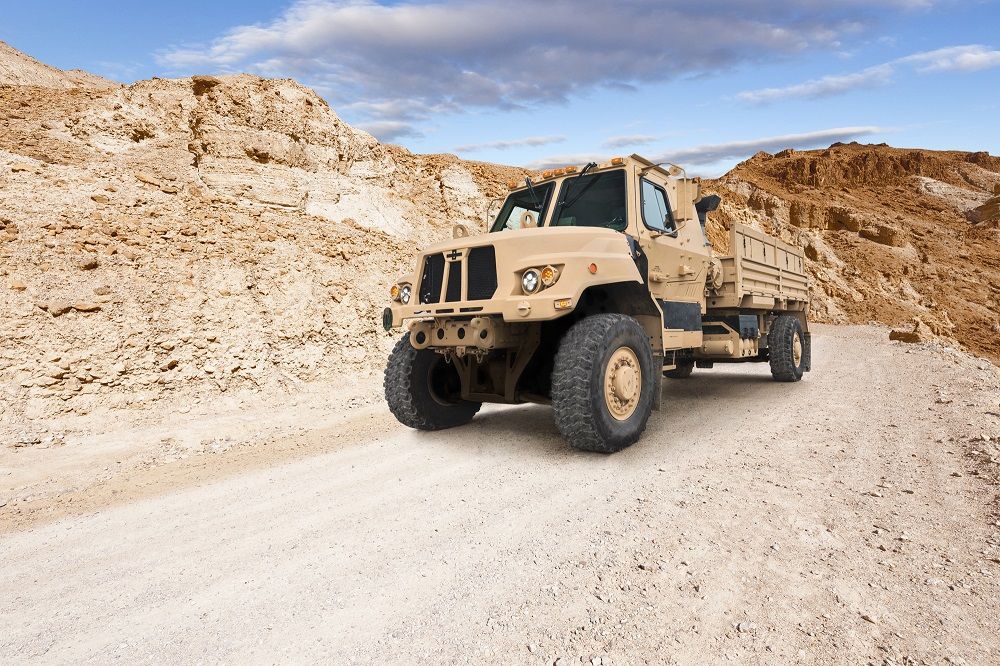