While the service receives increasingly capable new ground and air vehicles, the US Army is also funding programmes to further expand the technology baselines of vehicles in both domains.

Endeavor Robotics, now part of FLIR Systems, is the largest supplier of UGVs to the US Defense Department. The company’s expanding portfolio of activities includes current and planned programmes for the US Army. Four service UGV programmes which will shape the future battlefield, and which Endeavor Robotics is on contract to compete, are highlighted in this article.

Last October, the company announced that it formally teamed with Howe and Howe Technologies for the Robotic Combat Vehicle (RCV) Programme.

Tom Frost, President of Endeavor Robotics, noted Howe and Howe, “produces superior all-terrain mobility platforms. Howe and Howe is providing the base mobility system – a rugged, all-terrain, reliable system. Endeavor will be the robotic systems integrator, combining different technologies – sensors, software, artificial intelligence, controllers and others – onto that platform, to bring it up to a fully capable, easy to use, smart robotic system.”

RCV Phase 1 is underway, with the service conducting initial experimentation using M113 APCs. Endeavor/FLIR and Howe & Howe will pursue Phase 2 of the programme, expected to begin later this year, with their purpose-built system. Army documents indicate the follow-on production phase may seek up to 7,000 RCVs.

While Endeavor has developed payloads for integration onto UGVs for more than a decade, Mr Frost added: “We are always seeking best-in-class technology to integrate and have a long track record of success. We look across the industry for the best sensors, radios, cameras and other devices. Our standard approach is that we won’t develop anything that we can go out and source rapidly with low risk and a high-end tech payoff.”

Endeavor was also awarded a contract in September 2017 for the Man Transportable Robotic System Increment II (MTRS Inc II) programme. The community subject matter expert explained the MTRS Inc II UGV, “will be a 164lb robot capable of doing EOD [explosive ordnance disposal] operations, CBRN [chemical, biological, radiological and nuclear] defence missions and it will have applications for route clearance and for engineers.”

Rae Higgins, a specialist in the Communications Directorate of the US Army Program Executive Office for Combat Support & Combat Service Support, noted the service expects to field 1,210 systems to Engineer, EOD, CBRN and Special Operations-related units.

In another army UGV technology effort, Polaris Defense‘s MRZR X multi-mode vehicle platform was selected by the service to be one of the robotic systems used by infantry brigade combat teams (IBCT) for trials as part of the Squad Multipurpose Equipment Transport (SMET) programme. Applied Research Associates (ARA), along with its subsidiary Neya Systems, have partnered with Polaris, forming Team Polaris, to meet soldiers’ needs for a SMET platform

Team Polaris has delivered 20 of the 22 vehicles to the army for programme trials: four to the programme office and 16 to two IBCTS, eight each to the 10th Mountain Division and the 101st Airborne Division. Matthew Fordham, the Associate Division Manager for Unmanned Systems and Security Products at ARA, noted the remaining two platforms were scheduled for delivery at the time of writing.
Looking to 2019 programme activities, Mr Fordham continued: “We anticipate extensive use of the systems by soldiers during the six-month evaluation. We feel that the optionally-manned solution enhances Manned/Unmanned Teaming, providing solutions today for complex situations. The system can be used to carry the soldier load, expand the mission capabilities through Modular Mission Payloads, and be manually driven when soldiers need to move quickly.”

In the adjacent UAS sector, the service is taking delivery of cutting-edge platforms, with industry positioning itself to further bolster this part of the Army’s air order of battle.

Most recently, FLIR Systems’ delivery of Phase 1 of the DoD Soldier Borne Sensor order was completed last December… As of 13 December, FLIR had sold the BLACK HORNET PRS to 33 nations worldwide, with the systems becoming a preferred nano UAS solution for modern military and law enforcement units.

Another significant development on MT’s 2019 watch list is the US Army’s evolving Future Tactical Unmanned Aerial Systems (FTUAS) programme – which seeks new aircraft that can take off and land vertically, yet possess the range for long-endurance surveillance missions. The next-generation TUAS is slated to operate later next decade and beyond. This initiative would conceptually supplement and then replace the service’s Textron RQ-7 SHADOW UAS.

The increasingly crowded FTUAS competitor field has most recently added AeroVironment, which has teamed up with Washington-based Aerovel to deliver the (approximate 50lb) FLEXROTOR UAS to the service, and Martin UAV and Northrop Grumman Technology Services, which are partnering to bring the world’s first ducted fan vertical takeoff and landing tactical UAS, the V-BAT, to the Army. The service declined a request to provide an update on its FTUAS programme.

Other technology thrusts and warfighting strategies are evolving in the US Army portfolio.
Tom Frost at Endeavor Robotics suggested the service-industry team first needs to incrementally develop greater levels of autonomy on robotics, “so as we’re not strictly tele-operating them.”

The US Army is funded to receive new classes of ground vehicles well into the next decade.

Concurrently, the service is maturing underpinning technologies for unmanned vehicles in both ground and air domains. In order to stay competitive in this sector, companies are adjusting their business models, by establishing new business units and increasing their research and development investment in autonomous technology and associated capabilities. 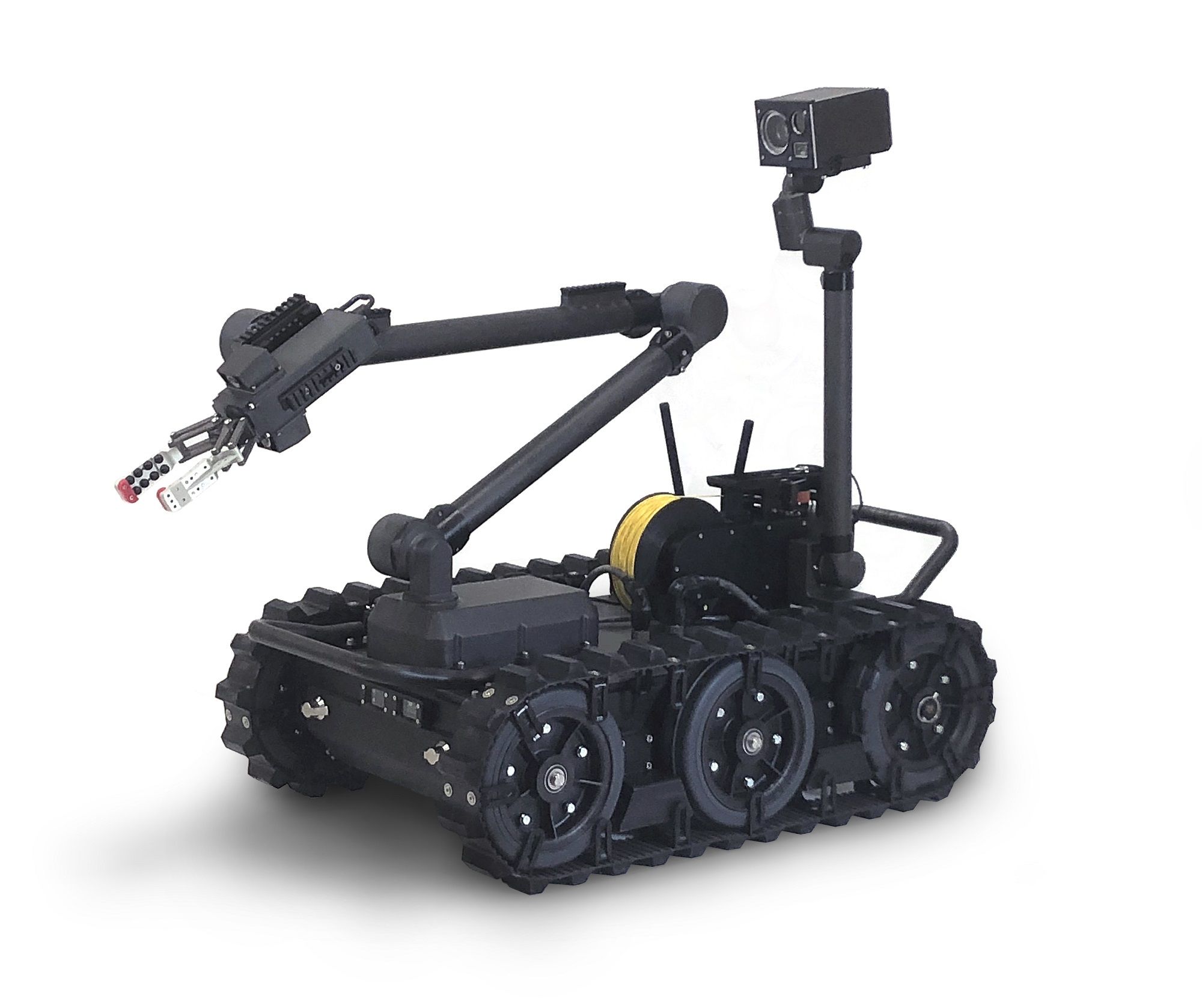