On 11 October, at AUSA 2021, Rheinmetall and UVision Air signed a strategic partnering agreement centred on the loitering munitions market.

According to the two companies, there is surging demand from European military forces for loitering munitions. Ing Fabio Sgarzi, CEO & Managing Director of Rheinmetall subsidiary RMW Italia, suggested “It’s easier to say who is not looking now, than who is basically looking. Italy, France, Germany, UK, Eastern Europe – everybody is basically looking to introduce this type of capability in their portfolio.” UVision’s Chairman, Yair Ramati, placed the increased demand for these munitions in context, stating “everyone must learn from the lessons of the [2020] conflict between Armenia and Azerbaijan over the disputed Nagorno-Karabakh region, where PGMs [precision-guided munitions] became increasingly important to the battlefield.”

Sgarzi further built the business case for the partnership in pointing out the subject under discussion is munitions – not missiles. “The beauty of the system is also in terms of political correctness, if you want, as the man in-the-loop is creating a ‘surgical pin point’ inside a mission set, which is not always the case. That gives us what is very attractive to the European armed forces, which are very much conscious and careful about the impact and public opinion of collateral damage. This item provides the solution! It is ‘hitting’ in the right way.”

The agreement calls for UVision to provide its HERO loitering munitions, with Rheinmetall taking the industrial, technological and commercial lead to enhance system capabilities. Initial production to meet European requirements will be managed by RMW Italia. Early production will focus on the current HERO technology baseline, but Ramati emphasized the partners “have big, big plans.” Indeed, at this early stage of the corporate marriage, HERO series products are conceptually being considered for integration into Rheinmetall’s expanding list of unmanned and manned weapons platforms. And an intriguing teaser: “We are here to commit that at 2022 AUSA, we will provide more substance to these declarations and ambitions,” Ramati stated. 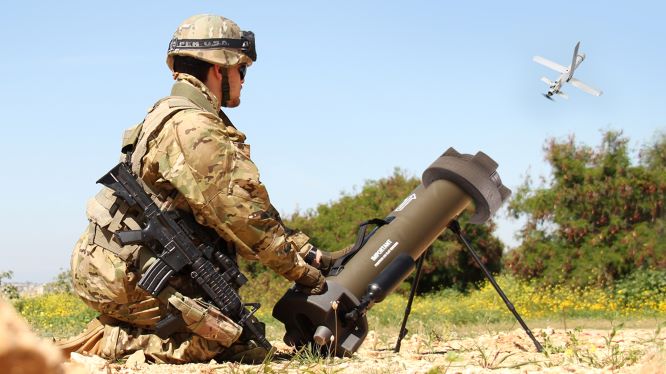