In late April Aurum Security GmbH delivered ten A200 4×4 armoured vehicles to the Peruvian Army, under a September 2019 contract valued at $2.19 million (€1.79 million).

The vehicles have been assigned to the Batallón de Reconocimiento y Combate (Reconnaissance and Combat Battalion) located at the VRAEM, an area of rugged Peruvian jungle where armed narco-terrorism groups and remnants of the ‘Shining Path’ terrorist group operate.

The A200 uses the Toyota LAND CRUISER 200 chassis – widely used by security forces elsewhere. The vehicle was certified by Germany’s IABG laboratory after rigorous ballistic and explosive testing. 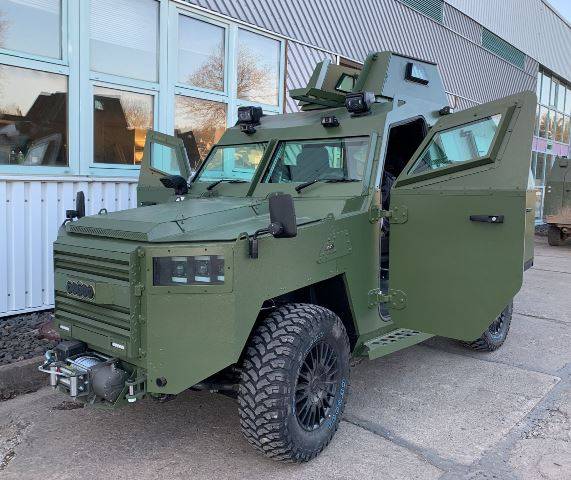 A Peruvian Army A200 in Germany prior to shipping. (Photo: Aurum Security)