Astroscale US, Inc. – the American subsidiary of Japan’s Astroscale Holdings – is offering so-called ‘life extension’ satellites to the US, which has long sought methods of extending the life of its spy satellites in low and medium altitude orbits.

Part of this offer has been reinforced and made more attractive by last year’s acquisition of Effective Space Solutions Ltd. The Israeli company has in recent years developed what it calls an ‘auxiliary satellite,’ designed to rendezvous with an operational satellite in orbit and prolong its life expectancy. After the acquisition, Astroscale began a series of tests to validate the technology, and MON understands that tests with the new system are being conducted now.

The acquisition is the first of an Israeli space company by a foreign entity. Effective Space was founded in 2013 to produce auxiliary satellites capable of being attached to operational spacecraft that have been in service for an appreciable length of time. Initial tests in the US led to some modifications being made, and the current plan is to launch one of its auxiliaries at the moment that a satellite operator determines one of its spacecraft is about to run out of the hydrazine gas it uses for orbit corrections. The auxiliary will then attach itself to the extant craft and, effectively, become an orbit correction engine. According to the company, this can extend the operational life of a satellite by up to 15 years.

Astroscale is also developing technology to tackle the increasingly troublesome issue of space debris. In July, the company signed an MoU with Mitsubishi Heavy Industries aimed at collaborating on active debris removal, as well as other aspects of improving the space environment. 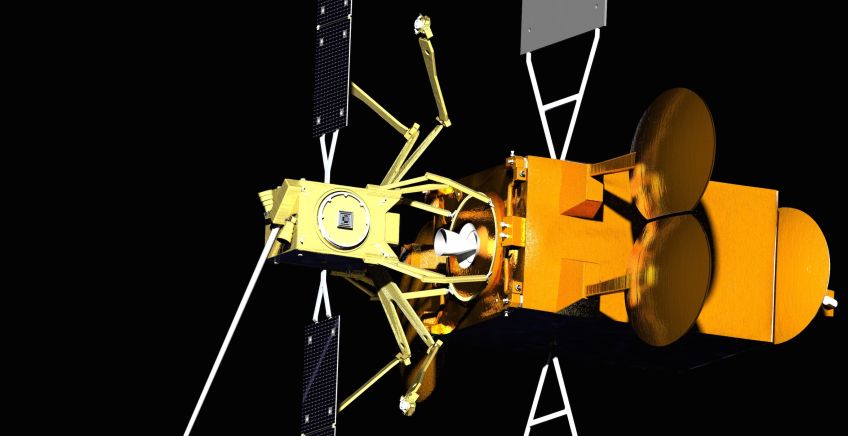