“When you look around the international market, there’s an extreme amount of interest now in F-15,” Steve Parker, Vice President for F-15 Programs at Boeing ,observed. And while the Boeing programme executive pointed out the F-15’s maximum 30,000lbs (13,608kg) weapons payload, a Mach 2.5 maximum speed and greater than 1,000nm (1,852km) unfueled combat range are vital, he also pointed out other onboard capabilities have caught the attention of current and prospective international F-15 customers.

Advanced airborne electronic warfare systems are increasingly important in the air domain. To that end, BAE Systems’ Digital Electronic Warfare System (DEWS) is being installed on Saudi Arabia’s F-15SA Strike Eagle. This is the first new US-produced EW system to be installed on the F-15 since the programme started.

Elsewhere, last December, the US government announced the sale of 36 F-15QAs to the Qatar Emiri Air Force, with an option for 36 more. The F-15QA aircraft will join Qatar’s combat aircraft fleet, which has the Dassault MIRAGE 2000 and Eurofighter TYPHOON jet fighters. Production is underway on the initial F-15QAs. The build of the first 36 aircraft will help keep the Boeing F-15 production line open until 2022. Qatar taking options on the remaining 36 aircraft would extend the production line through 2025. Mr Parker added: “This is the latest of the new Advanced F-15 line. This is a new cockpit going into the F-15QAs. This is a large-area display – 10x 19in – one of the most advanced cockpits out there. We also have an airframe that will give 20,000 hours of economic life to the customer – a far cry for airframes coming out today with about 7,000 or 8,000 hours. This is an 80-year aircraft if it is flown like most air forces fly them.”

The Israeli Air Force is working to upgrade its F-15I fleet through modernisation and potentially via additional new F-15 purchases, which may also see the service upgrading its legacy F-15Is with the Raytheon APG-82(V)1 active electronically scanned array (AESA). Concurrently, the service is seeking to modernise nine, donated former US Air National Guard F-15Ds – an effort which remains a work in progress.

Last October, the German Air Force issued a formal request for information about different jets to kick off the process to replace its 85 TORNADO jets, which will go out of service around 2030. Mr Parker noted that Boeing, “along with the USAF has been to Germany to discuss in the classified arena, those capabilities. This would provide the Luftwaffe with an aircraft that is low risk, low cost and is in production right now, that could replace the TORNADO and provide a significant capability upgrade.”

And finally, Japan and Korea are in discussion with Boeing to upgrade their F-15s with new sensors, mission computer and other onboard materiel. Indeed, Boeing recently integrated the TAURUS KEPD 350 long-range, bunker-buster air-to-ground cruise missiles on Korean F-15Ks. The KPED 350 is a product of Taurus Systems GmbH, a joint venture between MBDA Deutschland GmbH and Saab Dynamics AB. 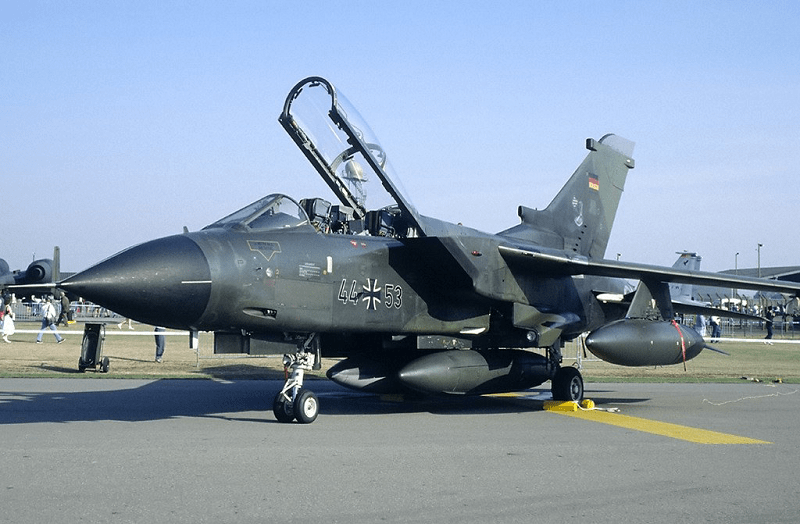