The service is receiving new systems for these aircraft, some of which includes active electronically scanned array (AESA) radars, electronic warfare systems, mission computers and LINK 16 systems. Steve Parker, Vice President for F-15 Programs at Boeing, recalled the many modernisation efforts in progress within the two F-15 fleets, and observed: “You can almost call this a very significant block upgrade program, which is taking the fleets, in particular for the Strike EAGLE, into the 2040s, to make sure it remains capable and lethal against today’s and future threats.” As significant, these upgrades are solidifying the teaming capability of the F-15 fleets with the F-22 and F-35.

With respect to radar enhancements, F-15C/Ds are receiving Raytheon AN/APG-63 (V)3 AESA radar, with -Es obtaining the company’s AN/APG-82 (V)1 AESA radar. “These are the two most advanced AESA radars in the world,” the veteran aviation community programme official pointed out. “One of our international customers, Saudi Arabia, in particular, have picked up on the ‘V3’ radar for their F-15SA- and Qatar has selected the APG-82. These are two very, very capable sensors that Boeing is continuing to refine and make certain the detection and lethality remains at the forefront for the F-15.” [Editor’s note: see this MONCh’s accompanying F-15 international programmes article here].

Boeing is also increasing the lethality of the F-15 by selectively increasing the load out of the baseline Raytheon AIM-120D AMRAAM [Advanced Medium-Range Air-to-Air Missile], from eight. While most recently, an F-15SA was observed in the public domain with 12 -120D AMRAAMs, Mr Parker added: “We have other things in play here, such as our Amber [Advanced Missile and Bomb Ejection Rack], which could take that load up over the 20 mark – in different configurations.” Accordingly, the F-15 has a maximum 30,000lbs (13,608kg) weapons payload, “for air-to-air, air-to-ground, counter-sea and in the future, hyper-sonics, to which no other fighter compares.”

In addition to weapons payload, Boeing is emphasising the F-15 has remained at the forefront in mission sets within the air domain, with a Mach 2.5 maximum speed, greater than 1,000nm (1,852km) unfuelled range and other capabilities. Mr Parker observed: “We can be the bomb truck, the missile truck – an advantage to our customers in the US and overseas, especially when you mix it in from a complementary capability with other fighters that may have specific missions.”

As an important frame of reference for MONCh readers, with Boeing bringing to bear the above and other innovations, the F-15 C/D/E heritage-era model labels are giving way to the OEM’s nomenclature for F-15s currently in production – Advanced F-15.

Beyond modernisation, Boeing is also focused on another huge, often glanced-over aspect of a weapons system’s lifecycle – significantly lowering sustainment costs. The F-15 programme manager presented USAF content available in the public domain which notes: “The Strike EAGLE in the low U$30,000 flying cost-per-hour range, and the ‘C’ in the mid-($)40,000s,” and added “this provides the customer a very lethal, capable aircraft, with a lot of room for growth with a very, very inexpensive sustainment cost – the feedback we are getting is that this aspect is a game changer!” 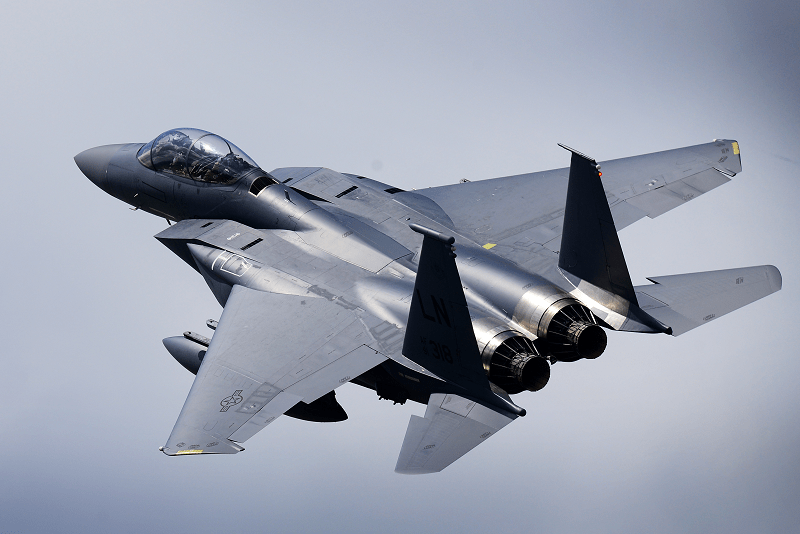