The Argentine Navy has received the fourth and final Offshore Patrol Vessel (OPV) commissioned from Naval Group in 2018 to expand the nation’s maritime resources surveillance, control and protection capabilities.

The ARA Contraalmirante Cordero (P-54) sailed from Concarneau, France, on 12 May for Buenos Aires, prior to travelling to her new station at the Mar del Plata Naval Base, where she will join the Maritime Patrol Division.

ARA Bouchard – a vessel transferred from French Navy service – was delivered in February 2020; ARA Piedrabuena arrived at Mar del Plata Naval Base in June 2021; and in December of that same year, ARA Storni was delivered. 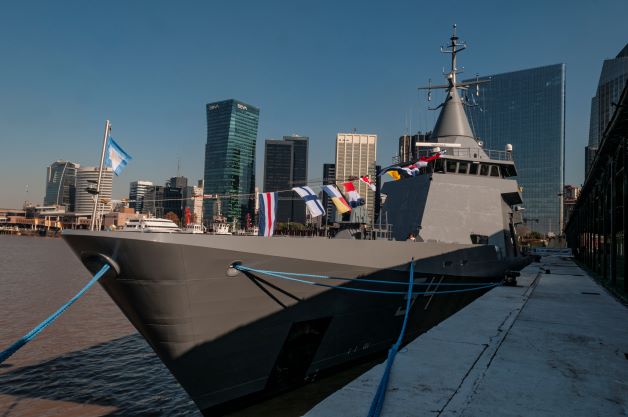