The Chief of Staff of the Argentine Army, Lt Gen Agustín Humberto Cejas, accompanied by three senior commanders, visited the Sete Lagoas facilities of Iveco Defense Vehicles, in Brazil’s Minas Gerais province, on 27 August, to see at first hand the development and production centre that gave birth to the GUARANI 6×6 APC.

One of the major modernization programmes currently being pursued by the Argentine armed forces is the VCBR (Wheeled Armoured Combat Cehicle), the objective of which is to furnish both the Army and the Marine Corps with a new family of wheeled combat vehicles. Iveco is offering the GUARANI for this programme – the only vehicle so far evaluated in Argentina, although NORINCO’s VN-1 and the General Dynamics STRYKER are also competing.

Humberto Spinetti, VP of Iveco Defense Vehicles Latin America, revealed that “the negotiations with the Argentine Army are well advanced and the visit of its commander shows all confidence in the project.” He also highlighted that the negotiations include the transfer of knowledge, the production of various components and the final assembly of the vehicle in Argentina. 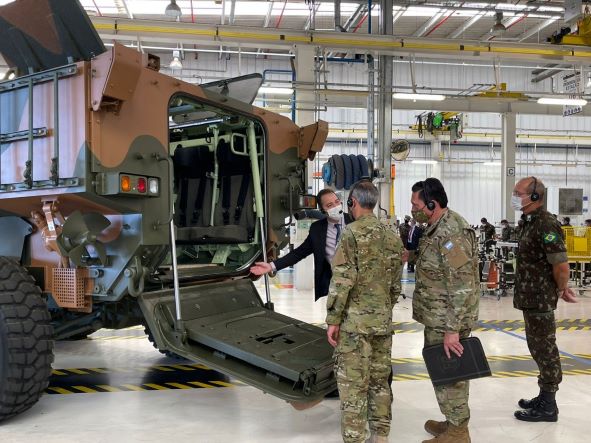