On 16 November, seven Oshkosh Defense Family of Medium Tactical Vehicle (FMTV) 8.8-ton Load Handling System (LHS) trucks arrived at the port of Lima, Buenos Aires, to join the fleet of 48 Oshkosh M1083 A1P2 already received, with which they share the chassis and cabin.

The new trucks feature a system that allows the loading and unloading of pallets, modules or containers without requiring external support. They were procured through the US government’s Foreign Military Sales programme and will be used in logistical support units, allowing for the rapid setup, transport and deployment of diverse logistic facilities. 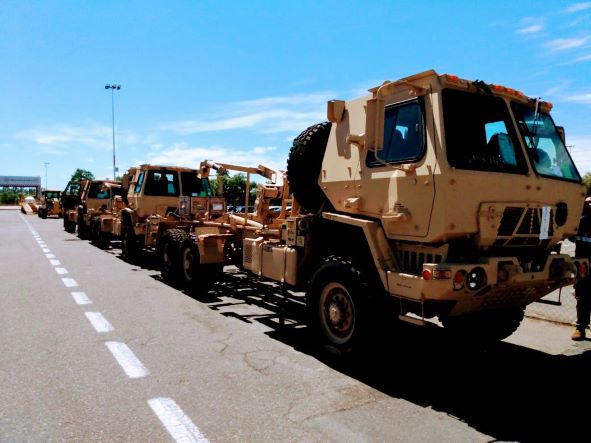 Three of the Oshkosh trucks after unloading in Lima harbour. (Photo: Argentine Army)