The second of four ocean patrol vessels (OPV) for the Argentine Navy has been delivered by Naval Group.

PIEDRABUENA, launched on 1 October last year, has been assigned to the Maritime Patrol Division in the Atlantic Naval Area and Will be home-ported at Mar del Plata. The next unit, the ARA STORNI, is expected to be received before the end of this year, and will be followed by the fourth and final vessel, the ARA BARTOLOMÉ CORDERO, in 2022. 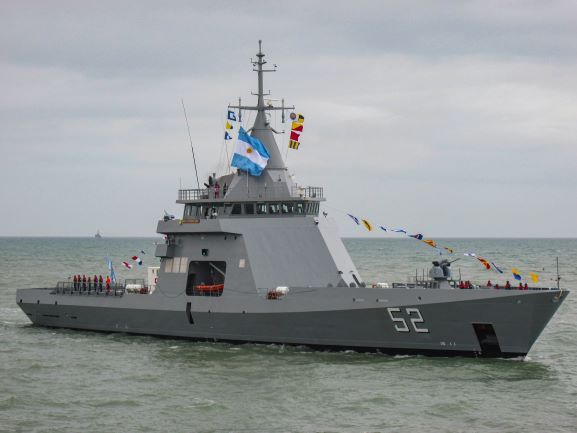