Ten Aircraft to be Deployed Nationwide

The Argentine Air Force has received the first (of 10) Beechcraft TC-12B/UC-12B HURONs, which arrived at I Air Brigade in El Palomar on 25 August.

The first aircraft, flown in from Alabama after undergoing inspection and revision work, is the only UC-12B to be acquired and was originally manufactured in 1982. The other nine are all TC-12B, with some difference in equipment between individual aircraft, which the Argentine Air Force has brought to a common standard.

The first example will eventually be deployed to II Air Brigade in Paraná, once painting has been completed at the Rio Cuarto workshops. The Air Force will deploy the aircraft at bases around the country – four with II Air Brigade, two at Morón Air Base, and one each at II Air Brigade in Reconquista, V Brigade at Villa Reynolds, VI Brigade at Tandil and the Military Aviation School in Córdoba. 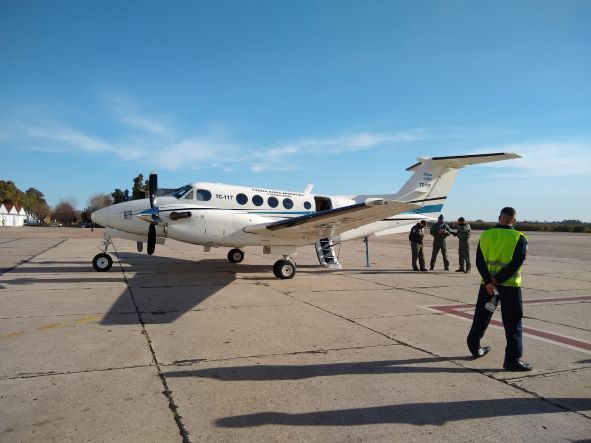