The Argentine Air Force received its much-anticipated Boeing 737-76N on 27 April. To be inducted into the newly formed IX Squadron of 1 Air Brigade, the aircraft has been christened ‘Islas Malvinas.’ The arrival ceremony, in which the Air Force Chief of Staff, Brig Xavier Isaac, participated, was presided over by Defence Minister Agustín Rossi.

The aircraft is destined for transport duties and missions with the LADE airline, which is run by the Air Force, and will at some indeterminate point be modified with a cargo door. The service has plans for further similar acquisitions, though no formal details have yet been confirmed.

This aircraft served with Ethiopian Airlines and SAS from 2008-2020, being purchased by the Argentine Air Force last December. 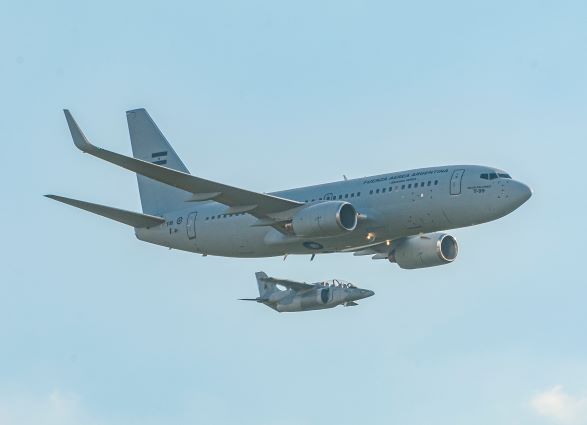