The Argentine MoD contracted Fábrica Argentina de Aviones (FAdeA) on 14 December for the modernisation of the Air Force’s PUCARA aircraft to the PUCARA FÉNIX configuration. Work is expected to continue through 2023 and the budget allocations are some $10.6 million for materials and ARS629 million for labour – a total equivalent of around €15 million.

The contract covers completion of the certification process for the prototype and modification of three of the four aircraft already delivered to FAdeA. In addition to installing new Pratt & Whitney PT6A-62 engines, the front cabin instruments will be modified with multifunction screens, while the equipment in the rear position – where only the screen and controls for the ISR pod will be installed – will be eliminated.

The aircraft’s ISR pod will be developed under an ARS1.23 billion (€10.7 million) contract with INVAP. The pod has currently completed the first stage of development, consisting of evaluating a supplementary 318l tank modified to carry a synthetic aperture radar (SAR) lateral antenna conforming to the Technological Evaluation Model 1 (MET-1), validating the design concepts of the radar installation. MET-2 is anticipated for next year, with a new configuration that will have “improvements in the radar that will allow a better quality SAR image and some integration at the operator level with the Fix View POA that the Air Force already has […] and some specific hardware changes,” according to Mariano González, who directs the ISR pod development programme at INVAP.

MET-3 will be encompass the final configuration for the electro-optical sensor turret, which will be the FV-300 model from FixView. 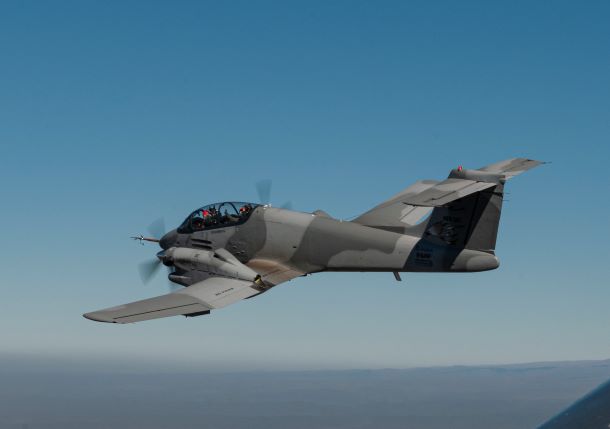