The Argentine government authorised Tandanor to proceed with the basic engineering and construction plan for the Navy’s polar ship project on 27 December. The contract value authorises expenditure of €6.9 million and  ARS63.5 million (€545,000).

A priority undertaking for the Argentine Navy, the polar ship will replace the ARA Bahia Paraíso, lost in 1989, and support the ARA Almirante Irízar ice-breaker in Antarctic operations. Various options have been considered over the last decade, including Chinese designs, but the one that was most compelling for the Navy is the ARC 133 developed by Aker in Finland in 2014-2015 at the Argentine Navy’s request.

The original intent, as reported by Aker at the time, was for the 132m vessel to be built in China. However, the Argentine government has finally decided that the ship be built in Argentina at Tandanor. She will meet IACS Polar Class 4 requirements. 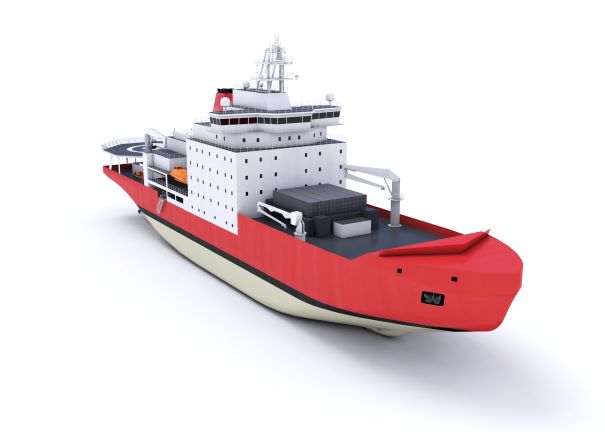 The ARC 133 design has been selected by the Argentine Navy for its future polar ship. (Image: Aker)