Area-I, a subsidiary of disruptive defence technology startup Anduril Industries, has announced that the ALTIUS 700 will be joining the company’s range of unmanned aircraft platforms. The ALTIUS 700 triples the payload capacity of the existing 600 variant, extends the 600’s endurance, and is capable of autonomous teaming while airborne.

Area-I markets the ALTIUS platforms as air-launched effects (ALEs), stressing their potential for delivering both the kind of ISR and non-kinetic capabilities considered conventional for unmanned aircraft (ISR sensors, EW effectors, SIGINT payloads) as well as ordnance capable of seeing the same platform used as a loitering munition or as part of the effector element of a counter-UAS system. In a media release, the company notes that ALEs figure in both the US Army’s Future Attack Reconnaissance Aircraft program – the competition to develop a successor to the Bell OH-58 KIOWA scout helicopter – and the Sikorsky UH-60 BLACK HAWK helicopter replacement program, the Future Long-Range Assault Aircraft.

The company has used rapid prototyping to design and test the 700 within 12 months. During the test programme, the new system has been launched from ground vehicles, waterborne vessels and both fixed- and rotary-wing aircraft, at a range of altitudes.

Anduril announced the acquisition of Area-I in April. The venture-capital-backed parent company was founded in 2017 by former staffers of data analytics automator Palantir, and the designer of virtual-reality headset Oculus Rift. Staff of both companies have spoken previously of their intention to develop products such as ALTIUS and Anduril’s artificial-intelligence backbone infrastructure LATTICE in such a way that, eventually, a user will express a desired outcome, and the systems would plan, launch and operate the mission autonomously. 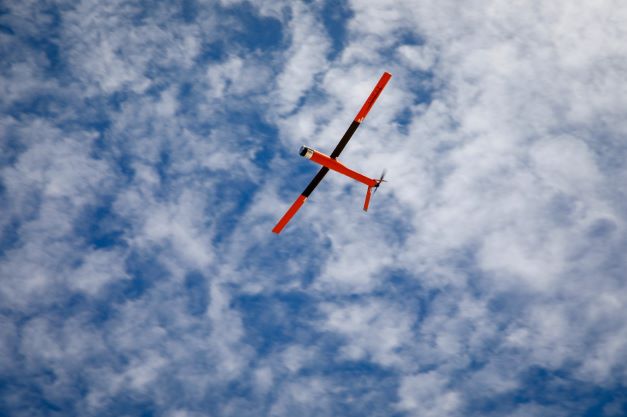