Japanese Submarine in First with USN

The Japan Maritime Self-Defense Force (JMSDF) has for the first time deployed one of its submarines on a joint ASW exercise with the US Navy in the South China Sea, between 8 and 16 November.

The service stated that the submarine – the class of which was not disclosed – was accompanied by the IZUMO-class helicopter carrier JS KAGA, MURASAME-class destroyer JS MURASAME, and a P-1 maritime patrol aircraft (MPA), all of which conducted the drill with the USS MILIUS destroyer and a USN P-8A MPA. The JMSDF vessels belonged to its ‘Indo-Pacific Deployment Force 2021,’ the service stated, adding the exercise was meant to improve its tactical capabilities and interoperability with the USN, as well to strengthen the joint US-Japanese capability for effective deterrence and response. “The ability to conduct an advanced [joint] drill in any areas of the sea shows a high level of interoperability between Japan and the United States,” JMSDF Chief of Staff Hiroshi Yamamura told local media.

No further details were provided, but Japanese broadcaster NHK said the exercise involved tracking a submerged submarine, with China’s state-owned Global Times claiming that the submarine was an OYASHIO-class boat. These submarines entered JMSDF service in 1998-2008, prompting Chinese speculation that, because the JMSDF did not deploy one of its more advanced SORYU-class boats, the drills were designed to rehearse tracking “more conventional” submarines.

Japan, which has been strengthening defence ties, not only with the US and Australia, but also with several Asian and European countries, including Germany and the United Kingdom, appears to show a greater willingness to conduct joint naval drills with the US in the disputed South China Sea. The latest developments come as Washington and its allies look for ways to bolster deterrence and counter Beijing’s increased assertiveness in the region, with both the US and Japan repeatedly criticising China’s maritime ambitions in both East and South China Seas.

“China is poised to fulfil its unilateral demands without compromise, which has included making steady efforts to turn these coercive changes to the status quo into a fait accompli,” warned Tokyo in its 2020 Defense White Paper.

China claims most of the South China Sea, asserting ‘historic rights’ to maritime resources in the areas falling within Beijing’s so-called ‘Nine-Dash Line’. The nation has also created controversial artificial islands in the disputed waters, some of which have airstrips and military installations. 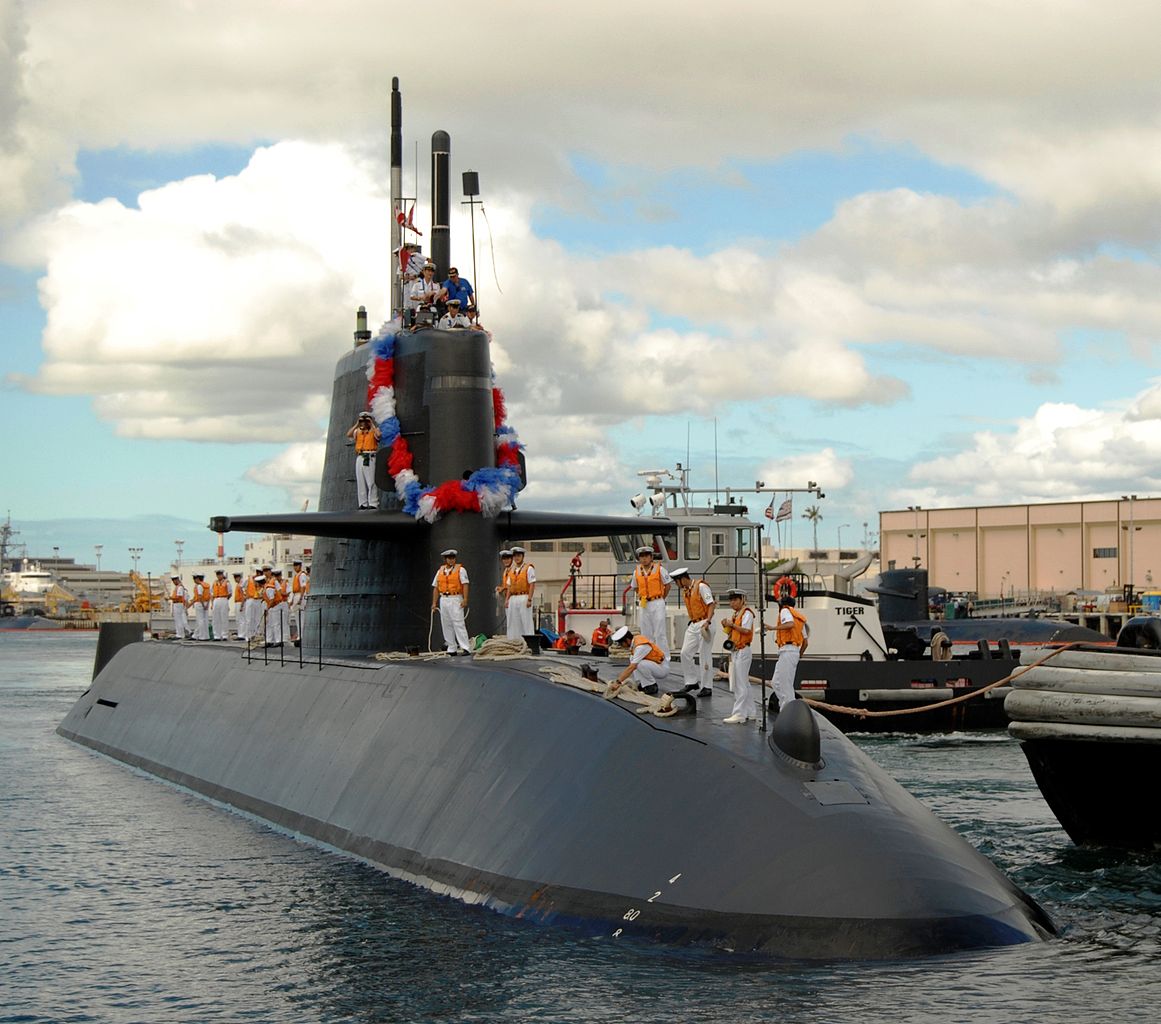 The submarine involved in the joint exercise may well have been an OYASHIO-class boat. (Photo via Wikimedia)