Airbus has confirmed that the Republic of Angola has placed a firm order for three C295s. The country will receive two aircraft in maritime-surveillance configuration, to support its SAR, border patrol, disaster response and intelligence-gathering missions, and one for transport duties. All three will feature the Airbus Fully Integrated Tactical System (FITS) mission system and Collins Aerospace‘s Pro Line Fusion avionics suite.

No timescale for delivery or contract value has been published, but Airbus notes that, with this sale, the aircraft has added its 38th customer. Confirmation of the order from the company comes more than four years after the Angolan government announced its intention to buy the aircraft, and authorised its defence minister to negotiate funding. At that time, the Angolans said the aircraft would cost €160million (then $198million, or $173million at today’s exchange rates). 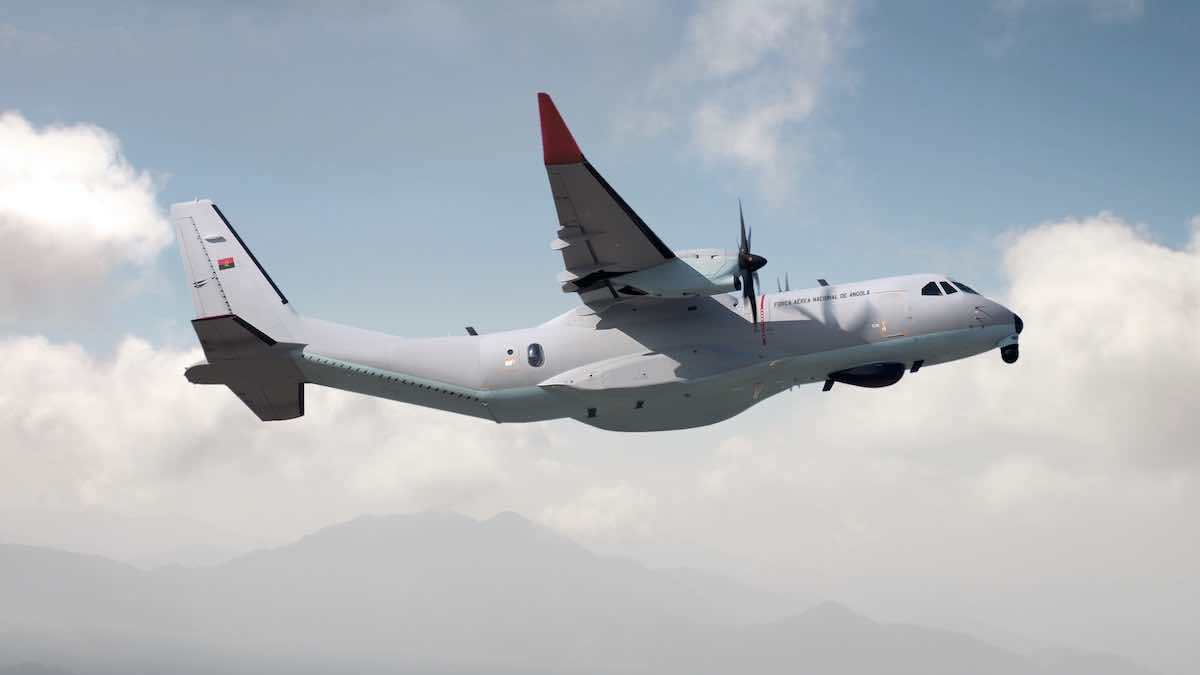 A C295 in Angolan livery with a centreline fairing and sensor under the nose, suggesting it is one of the maritime-surveillance aircraft. (Airbus)