The LTC3337 integrates additional SoH variable monitoring, which measures and reports via I2C: battery voltage, battery impedance, and temperature. To accommodate a wide range of primary battery inputs, the peak input current limit is pin-selectable from 5-100mA. This enables the IC to present the battery with a load profile which allows it to deliver its maximum capacity, independent of actual load. This is ‘battery friendly,’ and prolongs the lifetime of the cell. The LTC3337 is ideal for primary cell applications that require only occasional power, such as use in remote locations, electronic door locks, or glass break detectors. The device may also be used in rechargeable battery cell applications. 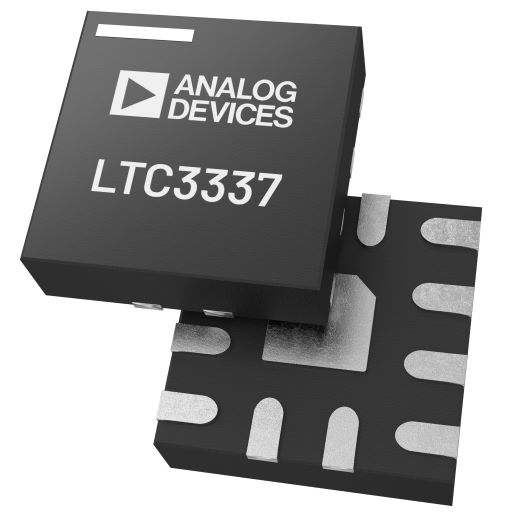