The British Army’s AJAX new multi-role family of medium armoured fighting vehicles will transform the itss modernised division of the future. It is crucial to have crews trained as good as possible. Cue in Marshall Aerospace and Defence Group, who have been contracted to provide 25 AJAX Turret Simulator Shelters to Lockheed Martin UK, the AJAX turret manufacturer and integrator.

This is in support of a contract received by Lockheed Martin from General Dynamics Land Systems–UK, who are responsible for delivery of the AJAX simulator capability and service contract to the UK Ministry of Defence.

“This contract capitalises on Marshall’s systems engineering and production capabilities. These simulators will be an important part in training the AJAX crews, who will play a critical role in the UK’s order of battle for the foreseeable future,” Alistair McPhee, Chief Executive of Marshall Aerospace and Defence Group, said.

Marshall has delivered the first batch of shelters, which have been used to prove the system capability. The follow-on units will be delivered over the next 12 months. All the units are housed in Marshall shelters which gives the British Army the freedom to move them to wherever they are required rather than having to bring troops to fixed locations. This is the second contract Marshall has won for training systems for AJAX, having been also selected to provide cabins for the driver training simulators. 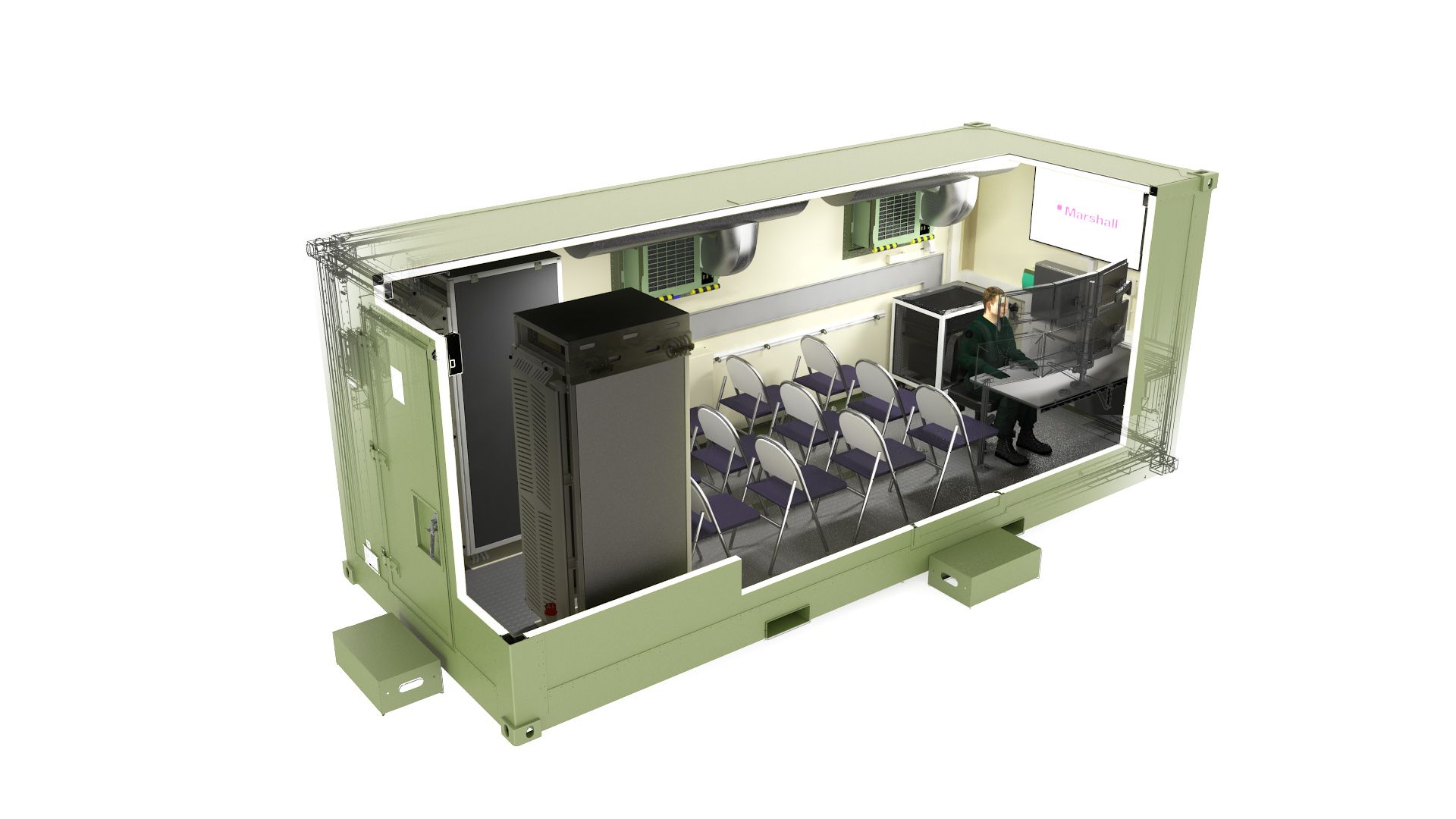