Airbus Defence & Space has delivered the 100th A400M transporter, the company announced on 25 May.

The aircraft – the 10th for the Spanish Air Force, was delivered to Zaragoza, where the entire Spanish A400M fleet is based, the previous day. In the same week, the global A400M fleet surpassed the 100,000 flight hour mark. All operators of the marque have been flying it intensively in recent months in emergency response operations relative to the global pandemic, as well as joint and collaborative missions.

The aircraft recently underwent a successful air-to-air refuelling certification campaign with the French defence procurement agency – the DGA – completing the majority of the test objectives, including the first simultaneous two helicopter refuelling. It can already drop up to 116 paratroopers, and recent tests in Spain, in collaboration with Britain’s Royal Air Force, expanded the envelope to 25,000ft for automatic parachute opening and 38,000 ft for free-fall. Additional tests expanded its air drop capability, to include multiple platforms with parachute extraction (up to 23t) and delivering up to 19t of pallets in one pass (25t in two passes) on austere airstrips.

The aircraft has also been certified for its automatic low-level flight capability for Instrumental Meteorological Conditions (IMC) – a first for a military transport aircraft, making the aircraft less detectable in hostile areas and less susceptible to threats while conducting operations in hostile environments.

In collaborative missions, the Spanish and French Air Forces recently transported a CARACAL helicopter from France to Arizona, using a Spanish A400M. Other key military missions have included the delivery of almost 40t of supplies by a single French A400M to troops based in the Sahel region of Africa, and Germany’s use of an A400M on a live mission in support of ‘Counter Daesh’ operations in Jordan. 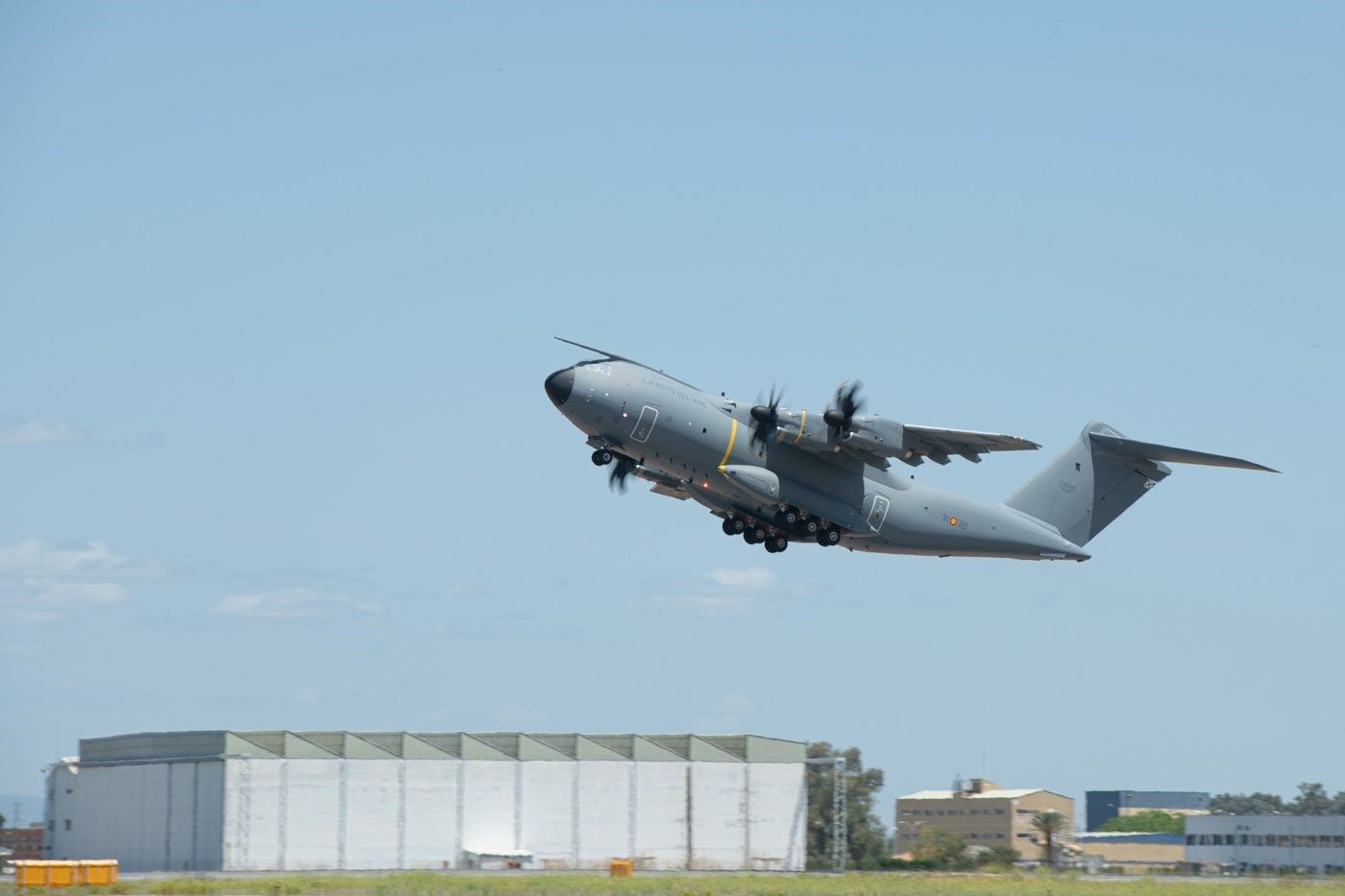 The A400M is proving itself in certification testing, experimentation and real-world missions. (Photo: Airbus)