After earlier this year the NATO Support and Procurement Agency (NSPA) contracted Aimpoint to supply MICRO T-2 red dot sights including transportation bags for an amount of up to €5.5 million for the Finnish Defence Forces (to be delivered by the end of 2018; story here), the manufacturer and innovator in red dot sighting technology has now also been awarded a contract worth over SEK20 million from the Swedish Procurement Office (FMV) to supply CompM5 and MPS3 red dot sights to the Swedish Army. Aimpoint won the tender conducted in open international competition.

“The Aimpoint red dot sights have been in operational use by the Swedish Army for many years,” Lennart Ljungfelt, President of Aimpoint, explains. “We are proud that the Swedish Army has once again chosen Aimpoint products. This underlines their satisfaction with Aimpoint and our products.”

The Aimpoint CompM5 sights is the newest red dot sight in Aimpoint product portfolio, and is in operation with the US State Department. It is a user-friendly and extremely rugged sight that increases the effectiveness of the individual soldier. The CompM5 sight relies on a single AAA battery to provide a “constant on” of up to 50,000 hours or five years. It is fully submersible up to 45m (150ft ), and is compatible with all generations of Night Vision Devices, as well as Aimpoint’s professional magnifier line. A military grade optical lens system gives the CompM5 exceptional light transmission and dot clarity, making the sight operationally parallax free, and providing a crisp, clear dot even under magnification. “The Aimpoint Comp Series has been established as the worldwide standard for military grade reflex sights for over 20 years. The new CompM5 sight provides professional end users the same levels of performance provided by our full-sized sights in a much more compact optic,” Mr. Ljungfelt continued. “This new product saves size and weight for the operator, with no sacrifice in overall performance.”

Currently, more than 1,500,000 Aimpoint sights are already in use by military forces around the world. The Swedish Army chose the Aimpoint products because of their ability to obtain a fast and accurate target acquisition in any type of light condition, great ruggedness, ability to function in all types of weather conditions and outstanding long operational life on a single battery. 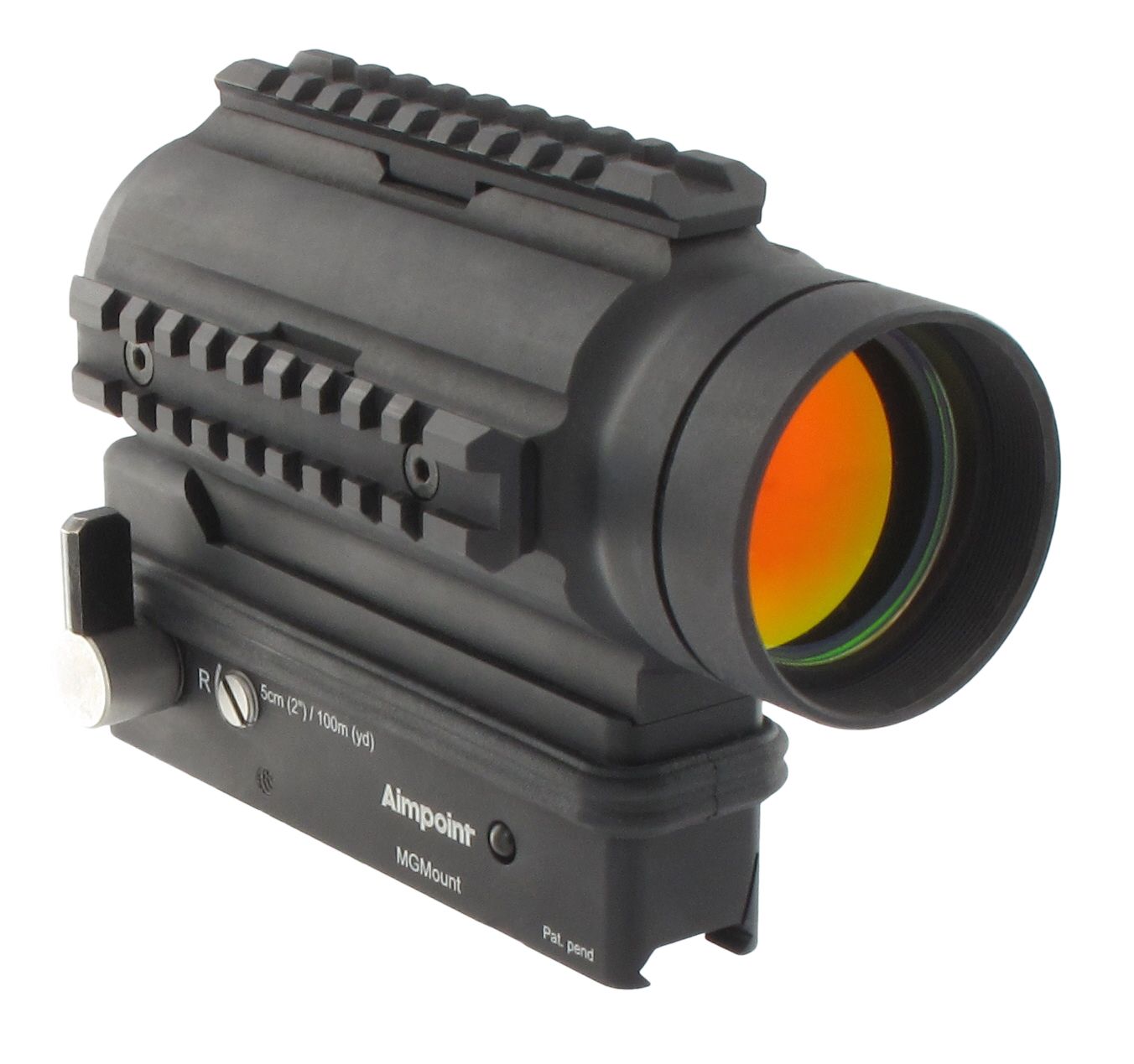