Earlier this year, Aimpoint announced the addition of the new Aimpoint CompM5 sight to their professional product line. Powered by a single AAA battery, and weighing just 147g (5.19oz), the CompM5 takes its place as the most compact optic in the Aimpoint Comp Series family of sights.

Originally created to meet the needs of a specific official end user, the CompM5 is now being offered for sale worldwide as contract commitments and production levels permit. The compact size of the CompM5 was made possible by the single AAA battery (ACET technology allows 50,000 hours [over five years] of constant operation with one battery), which are small and lightweight as well as inexpensive and easy to find almost anywhere in the world. Readily available alkaline versions of the AAA simplify logistics, and eliminate the potential shipping hazards inherent in lithium batteries. Like the other Comp Series sights, the CompM5 boasts an extremely long battery life – with over five years of constant-on use at intensity level seven.

The CompM5 is fully submersible up to 45m (150ft), and is compatible with all generations of Night Vision Devices, as well as Aimpoint’s professional magnifier line. A military grade optical lens system gives the CompM5 great light transmission and dot clarity, making the sight operationally parallax free, and providing a crisp, clear dot even under magnification.

“The Aimpoint Comp Series has been established as the worldwide standard for military grade reflex sights for over 20 years. The new CompM5 sight provides professional end users the same levels of performance provided by our full-sized sights in a much more compact optic,” Lennart Ljungfelt, President of Aimpoint, explained. “This new product saves size and weight for the operator, with no sacrifice in overall performance.”

At 85mm (3.4in) long and 40mm (1.6in) wide (height 71mm/2.8in) the CompM5 weighs 238g (8.4oz) with battery included. Its operating principle is being a Reflex Collimator sight with LED function with an optical magnification of 1x ± 3%, while the aiming dot size is 2 ± 0,5 MOA (dot color: Peak Wavelength: 650 ± 10nm) with the following intensity: Visible against a background luminance of 0,1-55 000lx. No optical signature is visible at a 10m distance, front side, on appropriate settings with NVD. The CompM5 features an extremely robust housing design (same ruggedness as the CompM4 sights with less weight) and is submersible to a depth of 45m (150 feet). The mount base is keyed into to the body of the sight to absorb recoil and the sight has four NVD settings and six daylight settings with a mechanical switch for speed and reliability. 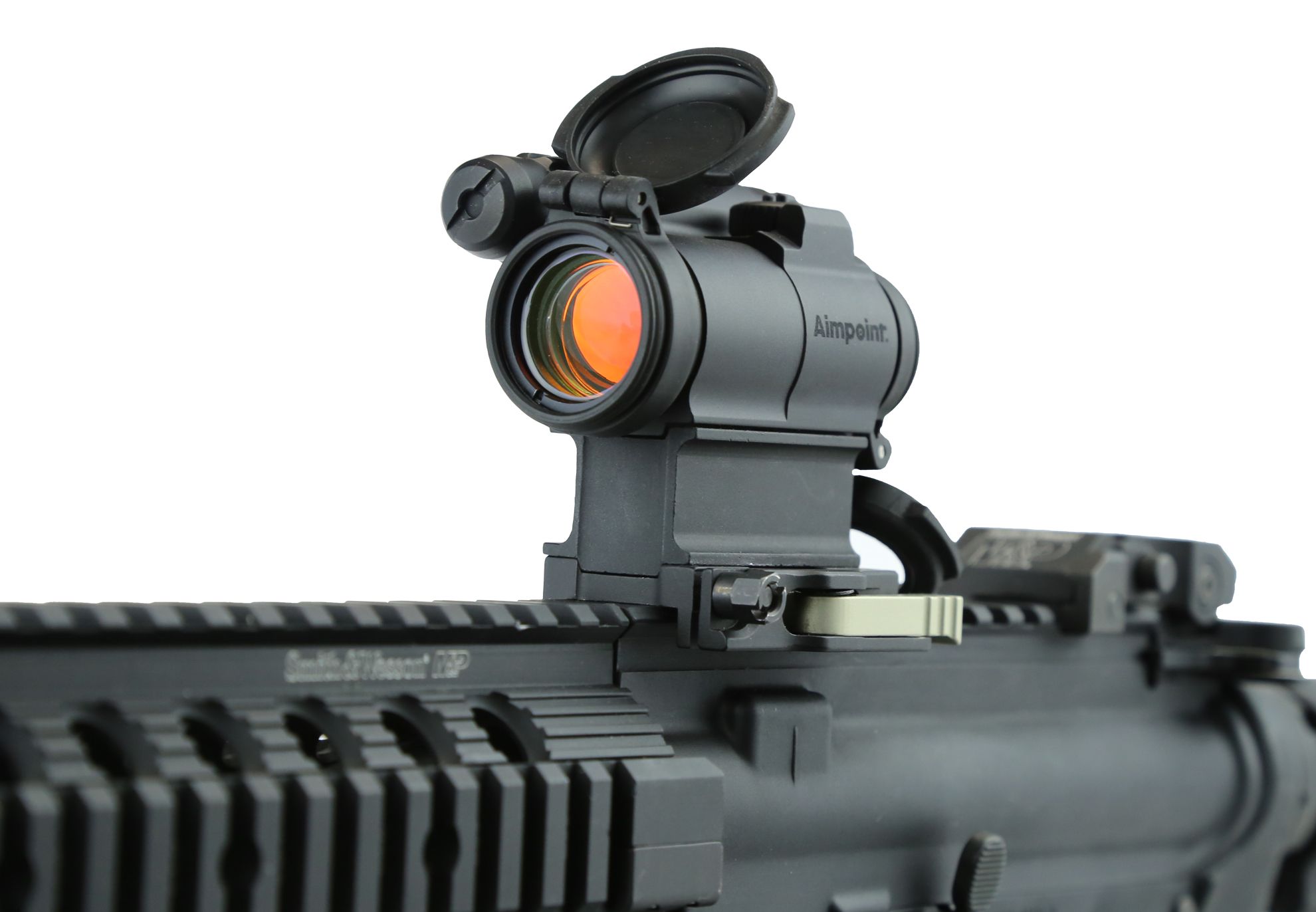