MONCh: Thanks for taking time to speak with MONCh. To start, and to harmonize our frame of reference, your definition and perspective on a small satellite (smallsat) for defence or other government missions.

Bill Gattle: Smallsats have been around since the 1990s. They were smallsat “toys” for science missions, they didn’t do a lot. You could hold them in your two hands. They were “toasters” which generated a lot of heat and didn’t really provide a real mission value. The change happened in the last few years, when Harris and other companies figured out how to create “value”. In terms of today’s smallsats, when you get below 100 kg [220 lbs] of a bus size and capability, you are getting to a platform that has a very difficult time becoming useful because it doesn’t have enough power and size. When you get to the 75-100kg range, a satellite can do something, but usually can’t generate a lot of power on its own. 75 to 100kg is the low side of the smallsat range. That is where I move from “nanosat” into smallsat. The smallsat range for bus size runs up to about 500-700kg.

MONCh: And there are other companies in the smallsat sector.

Bill Gattle: Yes. Blue Canyon Technologies is one of the leaders. When you get into the larger sizes, Loral Space & Communications is starting to set up a line. Ball Aerospace is trying to move down in size to get into that smallsat size, as is Orbital ATK [Northrop Grumman Innovation Systems], which is also trying to move down to that size – although they are at the borderline –about 500-700kg bus size. You have many companies trying to find that “sweet spot” between 100-600kg. When you get above that you get into buses which are pretty large – I’ll call them a “mediumsat”. They are big enough where their expense level is going way up.

Bill Gattle: When you are at 100kg size you are under $(US)50 million for a bus and payload for the most part. At 300kg you are getting up to about $100 million per copy. And the ones at 800kg and up you are getting to where buses are close to $200-$300 million a copy. And what about SpaceX, One Web and others building their constellation of buses? They are changing the economics of the bus and are going to drive that cost down. Their challenge is, in some cases they don’t have enough stability and an attitude control system do an ISR mission – they can do a communications mission. A GeoEye platform for ‘picture taking” is very stable and the platform becomes more expensive, in the $100-$200 million range per platform.

MONCh: There are also more smallsats in the sector.

Bill Gattle: For the first time you are not buying in small quantities, you are seeing quantity and seeing economies of scale – the Iridium constellation comes to mind. And you are also seeing additive manufacturing and other manufacturing techniques driving the cost of some of the solutions down – the manufacturing has fundamentally changed. And the government and industry has changed their mindset, from where everything has to work every time, fully or even triple redundant, to “good enough”. This has shifted from rhetoric to the norm or rhetoric to reality. I give US Air Force Generals John Hyten, Commander, United States Strategic Command and John Raymond, Commander, Air Force Space Command, credit for this vision and achieving reality. So, this is a “perfect storm” for growth: manufacturing and a market changing, and the ability to go for quantity for smallsats at a price point that will transform the market.

MONCh: Harris is winning contracts in the smallsat arena.

Bill Gattle: Yes, because we’re small enough to be agile. One of our unique capabilities is we have mission knowledge that can effectively translate into a smallsat form factor – that’s one of the things that Harris brings. We have five different smallsat programs, start-up constellations, under contract. The way the customer is buying, is they want to do a “pathfinder” especially with a company like ours which is not known, to be able to build this system – we have the capability, but we’re not a proven commodity – we have a “credibility challenge” we need to overcome. So, we’ll build two, three or even five in different mission sets, and let the customers see how we do. In fact, we have built with our own funding, our own “Harris Sat” to prove we can do this – this is not beyond our reach. We have now proven we can deliver and have made significant strides in our credibility as a solution provider.

MONCh: And there are tradeoffs in going to smallsat options.

Bill Gattle: What industry and the customer are trading off in numerous studies now is: how good does the capability really have to be, how much coverage do I really need and can I live with any gaps in coverage. Once I know that, we determine how many smallsats do I need and the cost per unit – those are the trades everyone is doing. All of industry is fighting over how much capability, the cost per satellite and how many can I sell. And with that is: how much of a “Swiss Army knife” do I want that satellite to be? Can it do one thing: take a picture, take an image, find a signal. Or does it do many things – take a picture, find a signal and communicate – with the knowledge, the more you put on it the more expensive the satellite becomes.

MONCh: It appears the Pentagon is opting for the less expensive, single mission smallsat.

MONCh: What are the technology or business impediments holding back the smallsat sector from more quickly developing?

Bill Gattle: The big companies are having trouble moving down to a price point that works. The companies that have very inexpensive buses hit the price point, but are not capable enough. What’s happening is a few of us, and Harris is one, have figured out how to jump the price point and get the capability. We’re winning a new smallsat contract every few months. The reasons why: I am not locked into an existing, expensive constellation necessarily; and I can bring in technology and be an honest broker. My problem as I noted earlier is credibility – can you trust me? That is why I am trying to build a portfolio and enterprise that says, you can trust Harris. We are small enough to be trusted and large enough to be trusted. I also have enough mission knowledge where I can talk to most of the requirements. The customers are trying to get all of us to play that way, to figure it out – for example, to get additive manufacturing to maximum capacity, to get maximum mission capability for affordable price. I believe it will break free in the next 24 months. We’re going to get there!

MONCh: What’s next for smallsats?

Bill Gattle: This is really important. What is going to start happening, and what people care about is the “latency” of the small satellite, and how do I get the information to the warfighter’s hands. There are two ways. One is direct downlinks, getting information off satellites to the warfighter through the major ground systems or direct to personnel and aircraft. That is starting to happen. The second piece, which is happening, is how do I create a network in space. Now, space looks like ground-to-satellite and satellite-to-ground. There are only a few, including Iridium, which have cross-links between satellites. And for the most part, satellites are going from one place to another by hopping into space and hopping down. The key will be: who can link these satellites into a network. Putting it in Air Force language, when Generals Hyten or Raymond say: “I have to have connectivity, I can’t blink,” what they are saying is: “I don’t want a system with any latency.”

The intelligence community talks about “mean time to access” – how often does a satellite get over your house. The Air Force doesn’t care about that. It cares about “full end-to-end” – how long does it take for that information to get from doing something over your area of interest to the warfighter – a completely different problem. And that’s where the community is going. SpaceX, for example, advertises a 20 gigabit per second transmission cross-link. That’s a massive amount of information to transfer.

If you could create that much information flow, ubiquitously traveling through space, and interconnecting the network you have changed the paradigm of how satellites work. So, we’ve gone beyond making a smallsat useful, at a price point I can afford, and you will hear this from Air Force leaders, the next piece is tying it all together into one enterprise, so they can fight at all tiers. And they want them to be autonomous enough where I don’t have to task them to tell me something. This is flipping the equation, where the Air Force doesn’t have to task everything – the smallsats become intelligent.

MONCh: Thank you for speaking with us.
Bill Gattle: You are quite welcome and thanks to MONCh for its interest in Harris’ Space and Intelligence Systems segment. 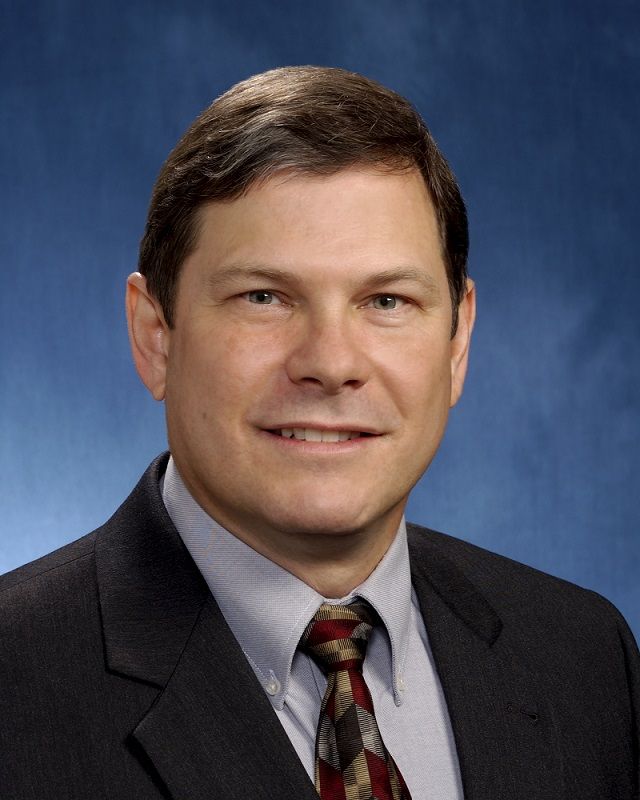