First Half Delivered This Week, Training to Start Immediately

The plight of Ukraine, coupled with near-universal condemnation of Putin’s ill-advised and illegal invasion, has prompted donations of aid and assistance in many forms, ranging from equipment and training from national governments to the provision of medical supplies and expertise by NGOs, as well as donations from millions of individuals worldwide. Do not discount the philanthropic instincts of those sometimes termed ‘bloated capitalists,’ though – industry is doing its part too.

AeroVironment, Inc., (www.avinc.com) announced on 19 April that it is donating over 100 Quantix Recon UAS – and the associated operational training services – to the Ukraine armed forces. “As the Ukraine military’s fight to protect their homeland and defend their nation’s freedom against Russia’s invasion intensifies, their need for solutions that can offer force protection and force multiplication capabilities continues,” said Chairman, President and CEO, Wahid Nawabi. “This donation will provide operators with a tool that can fly undetected by enemy forces and unaffected by radio frequency jammers to deliver accurate and rapid reconnaissance of remote, inaccessible areas of the dynamically changing battlefield […] Using the actionable intelligence gathered by the Quantix Recon, operators can conduct quick mission planning and verification to help keep Ukrainian ground forces out of harm’s way.”

Quantix Recon is a lightweight, easily deployable, fully automated reconnaissance solution that provides on-demand actionable intelligence using high-resolution, georeferenced terrain, vegetation and infrastructure imagery. With its unique hybrid VTOL design, Quantix Recon combines the VTOL advantages of a multirotor drone with the range, speed and efficiency of a fixed-wing UAS. Featuring fully-automated flight operation, the UAS can survey up to 1.6km2 or a linear 20km per 45min single battery flight.

Delivery of the Quantix Recon UAS is over and above other AeroVironment tactical missile systems and UAS already being provided to Ukraine by the United States government. The first half of the donated UAS shipment is expected to be delivered this week, with operational training commencing immediately. 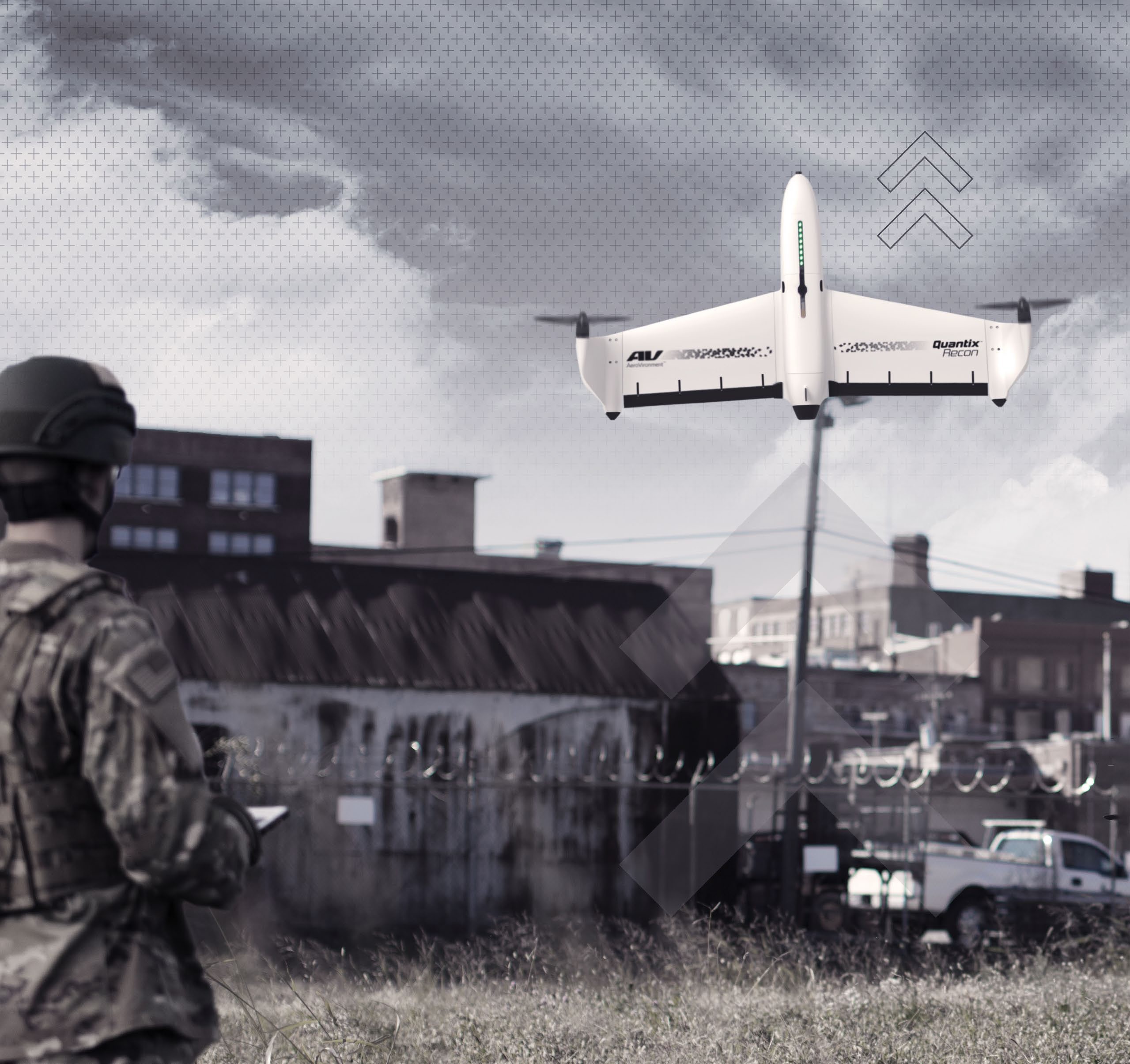 Simple to use, Quantix Recon delivers rapid, automated reconnaissance direct to where it is most needed. (AeroVironment)