Aeronautics has announced a VTOL kit for its Orbiter 4 tactical UAS.

“One of the most important needs in the modern battlefield is the ability to operate systems flexibly, depending on changing conditions,” stated Matan Perry, Chief Marketing Officer. “In response to this need, we have developed the Orbiter 4 VTOL kit. Our goal was to keep the superior advantages of the Orbiter 4 as the most advanced UAS in its segment while adding extra flexibility and more autonomy to field personnel.”

Use of the kit will exact a range and/or endurance penalty, but will give users the ability to increase the accuracy of their take-offs and landings. The standard Orbiter 4 takes off from a launcher and is recovered by parachute; in that configuration it has an endurance of 24 hours, though the company has not yet confirmed a figure for endurance with the VTOL kit in use. The kit can be affixed on a per-mission basis, so it is still possible to use the Orbiter 4 vehicle in its conventional configuration.

A concept image shows two pairs of four-bladed rotors attached to the top of a pair of pods carried on underwing pylons. A second image appears to add another rotor above the aircraft’s nose. On the standard Orbiter 4 configuration, which has one two-bladed pusher propeller mounted at the rear, fixed canards are attached to the top of the nose. The image suggests that the canards will be removed in some iterations of the VTOL kit’s installation, though the other image shows the canards in place. It is not clear from the images whether the pusher propeller is used when the VTOL kit is attached.

“To date, the Orbiter 4 system has been demonstrated in a variety of advanced missions around the world, both on land and at sea, and we are confident that the new kit will serve our range of customers around the world,” Perry added. 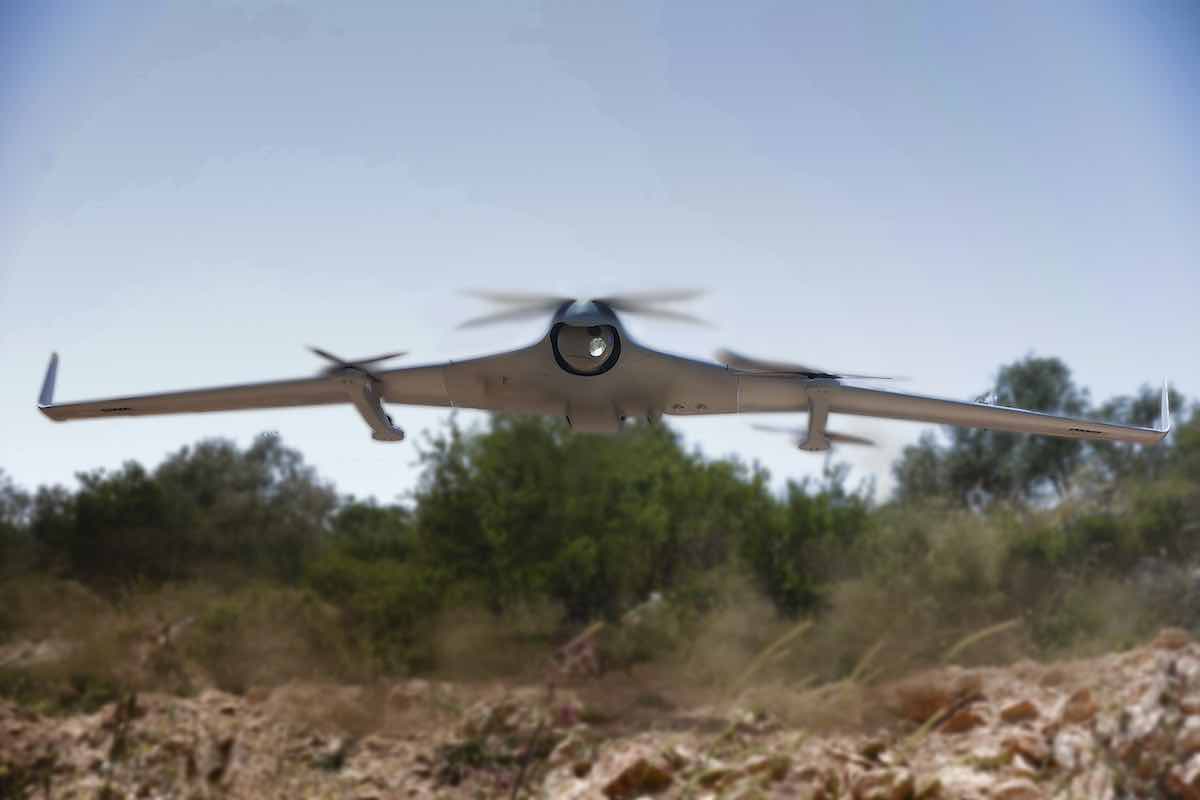 A concept image showing the VTOL kit installed on an Orbiter 4. (Aeronautics)