Part of XTEK’s Ongoing Support for Land 129 Phase 4A

XTEK has secured an order from the Australian DoD, valued at A$2.75 million ($1.99 million) to deliver an undisclosed number of additional Wasp small UAS (sUAS) to the Australian Defence Force (ADF), the company announced on 9 March.

The contract adds to other recent DoD orders for sUAS-related spare parts and specialist software, such as the XTatlas, noted the Canberra-based company, adding the items are slated for delivery through FY2022 and 2023. CEO Scott Basham said these orders – worth a total combined value of A$4.94 million – are to be executed as part of XTEK’s ongoing support contract for the Land 129 Phase 4A project. “The systems and spare parts from this order will be held in our state-of-the-art sUAS repair facility in Canberra, and the specialist software, including our XTatlas software, will be deployed to key locations around the country, and be used to keep this important UAV capability operational for Defence,” he stated.

According to the DoD, the Wasp allows Australian soldiers to obtain faster, better understanding of the battlefield, without exposing them to unnecessary risks.

The contract announcement came only two days after XTEK revealed it had secured a A$2.75 million order from an undisclosed customer “for the urgent supply of specialist ballistic armour products.” 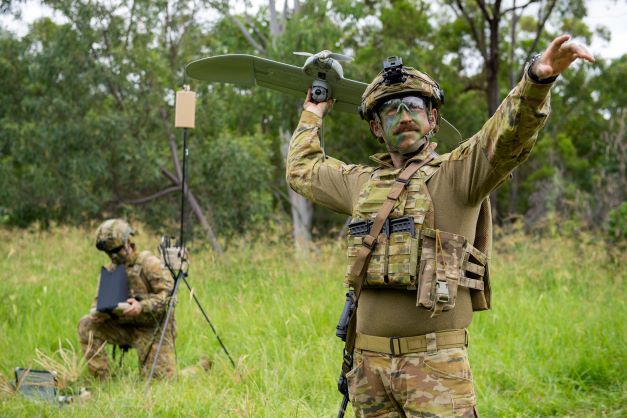