National aerospace players Israel Aerospace Industries and Korea Aerospace Industries (IAI and KAI respectively) signed an MoU during ADEX 2021 in Seoul covering a loitering munitions programme in order to develop a new concept aimed at the suppression and destruction of enemy air defences (SEAD and DEAD) missions, the companies announced on 20 October. Expanded cooperation between the companies will offer the South Korean military new technologies, and will establish concrete cooperation plans through joint feasibility studies. 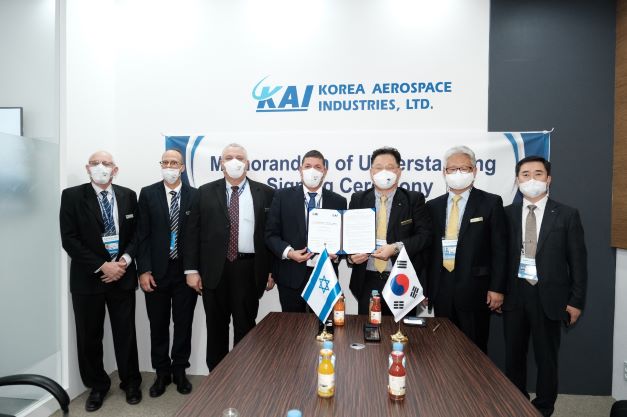 Executives from IAI and KAI at the MoU signature ceremony at ADEX 2021. (Photo: IAI)