Celebrating 20 years existence, the 10th edition of Africa’s biennial exhibition, Africa Aerospace and Defence (AAD), took place 19th-23rd September. The Mönch Online News Channel (MONCh) provided dispatches from this pan-African cavalcade of tri-service technologies from all of Africa and partner countries in Asia-Pacific, Eurasia, the Americas and the entirety of Europe. This is a roundup of that propitious event.

AAD 2018 brought together African business luminaries, global defence industry leaders, and high-ranking military delegations for nearly a week of discussions and negotiations on a myriad of topics from cyber security to peacekeeping and the technologies that allow them to fulfil these commitments.

As MONCh noted earlier, AAD is officially an Exporter’s Show for an Export economy, and AAD 2018 was the first time that a South African President delivered the opening speech and visited the exposition.

This affirms three optimistic conclusions, despite the Republic of South Africa’s (RSA) continued deep defence budget cuts: the importance of defence exports to RSA’s economy; the RSA government’s confidence in its defence industry as a growth engine; and, finally, the indigenous defence industry is a major contributor to the future of RSA’s technological development.

According to an unnamed AAD spokesperson: “President Cyril Ramaphosa certainly signalled his support not only for the event as such, but also for an outreach to our neighbours and captains of industry around the world and for expanding relationships with them, as AAD was his inaugural opening as the Commander-in-Chief of the South African National Defence Force.”

In keeping with this year’s theme of “Unlocking Africa’s aerospace and defence potential,” AAD2018 presented business opportunities on a continental and global front. In his opening address, President Cyril Ramaphosa observed AAD, “offers a massive opportunity for all present to identify areas of synergy and convert them into joint ventures.”

The exhibition hosted 415 exhibitors from 40 countries, and 71 official delegations that attracted over 32.000 trade visitors. This level of participation is testimony to the growth of AAD’s importance despite the hard-economic times facing in South Africa in the wake of its previous leader’s corruption and waste.

Defence Minister Nosiviwe Mapisa-Nqakula said: “Since much of the world has already entered the fourth industrial revolution with its nano-technology and artificial intelligence, South Africans should be part of it.”

President Ramaphosa declared that AAD is a national asset that has value for many departments and agencies of government and pledged the highest office’s support to this expo as it brings together the largest gathering of the aerospace and defence industry players and buyers.

In case you missed it, here are some highlights from MONCh:

Tellumat launched its first AUV, the ASTUS. This is the South Africa-based company’s own medium-sized, medium range tactical surveillance UAV system, suitable for lengthy missions requiring real-time surveillance data collection and delivery for a variety of missions, such as border and coastal security – an urgent need for South Africa and many other African republics with porous borders. It is also suitable for environmental protection, peace-keeping and monitoring the movements of asymmetric threats.

It is also a user-friendly platform for training UAV pilots who will operate larger UAVs beyond the line of sight. The ASTUS system integrates the airframe, ground controls and camera payload capability. Tellumat avers this is a high-performance surveillance package that is durable, robust, easy to transport, quick to deploy and simple to operate. It requires a minimal crew size of four people: pilot, payload operator, safety pilot and aircraft technician.

Leonardo and the Paramount Group signed a Letter of Intent during AAD. According to the agreement, both companies will evaluate a cooperation for the development of an operational configuration of M-345 jet trainer marketed in the African market and will include the possible involvement of Paramount in the SF-260 programme and its Logistic Support Services. Leonardo also presented the C27J SPARTAN as the, “best solution for African countries,” at AAD. It bases this affirmation on past sales to Morocco, Chad, Kenya and Zambia. Undisclosed African delegations visited the large Leonardo stand, presumably discussing the benefits of the C27J Spartan in deployment and the advantages of the promised new upgrades available.

OTT returned with its PUMA M36 Mk 6C, celebrating four years of success in service as a battle-proven, trusted and reliable mine-protected vehicle. In deployment since 2014, it delivered more than 100 vehicles to four troop-contributing countries deployed in Mali. Since then, more than 60 additional vehicle deliveries were to peacekeepers deployed in Somalia as well as Mali. Despite direct fire and IED attacks, OTT assures that no known serious injuries or deaths occurred. The company feels these are solid customer proof points that show visiting foreign African delegations that the Puma M36 (4×4) is suitable for a variety of situations, threats and environments found across the continent.

Shrike Marine took its expertise into land systems with a smart Depot Level Charger. For the past year or longer, Shrike Marine, experts in energy management solutions for the maritime environment, is making a strong business case for land forces to consider the benefits of better energy management of a host of different land systems. The latest offering for land vehicles is a new approach to Depot Level Chargers. Named the SDLC, there are numerous benefits for the military customer. Benefits include: a comprehensive wireless data recording and reporting about the battery and vehicle’s electrical system; modular approach of linking multiple chargers and ancillary equipment; sophisticated algorithm-controlled charging to maximise battery life; smart clamp protection against short circuits, overheating, power drains, etc.; ergonomic, compact, light-weight design; and, dust and waterproof housing. The use of wi-fi means that the depot manager can establish a connection between a smart phone, laptop or other handheld device to receive detailed information and reports on the state of the batteries. It is possible to load software to monitor and manage several SDLCs when in use concurrently.

CADG Aeronautical Innovations  unveiled HELIX 2, an Unmanned Aerial Vehicle (UAV) and Optionally Piloted Vehicle (OPV) as one single ISR platform that builds upon the capabilities of its predecessor and adds novel features to the new platform.

UAV/OPV controls are operational from a ground control station, while payload outputs take place in real time. Payload capability and capacity were increased with four hard-points available for the integration of client-preferred payloads. HELIX 2 aims to expand on all aspects of the platform to deliver a limitless ISR solution with unparalleled flexibility. Other key features include: ES-16 Airframe, next-gen optics, infrared and thermal outputs, high-speed data link to ground station, live / real time payload output transmission, a highly mobile ground station, a line of sight range in excess of 100km, is SATCOM enabled for extended distances, and increased endurance times (manned 8-10 hours; unmanned 20 hours). Free of export control, expected production availability is Q3 2019, for the time being.

To show from how far away eager first-time exhibitors travelled, the Lithuanian companies LiTak-Tak, ASU Baltija and SMT group cooperated the first time for joint Lithuanian stand at AAD, which was supported by the Lithuanian embassy in South Africa. All companies are servicing military equipment, whereas LiTak-Tak – provides solutions for air defence, supplies air traffic control systems, air surveillance radars, equipment for command and control centres, upgrades surface-to-air missile systems; ASU Baltija – specialises in modernisation, retrofit and overhaul services, maintenance and supply of spare parts of helicopters MI-8/17; and SMT group – supplies wide range spare parts for military equipment (combat vehicles, T-72, BMP and others), various wheeled and caterpillar military vehicles ranging from combat vehicles to trucks. More than 15 delegations from different countries visited the Lithuanian pavilion, many of them consisting of high-rank officials. All three companies are very content about the interest revealed in their products and services during the show and consider participation successful. The companies hope to strengthen their positions across the entire African continent; the pan-African event was an excellent first step in this direction.

New Zealand based Spidertrack came to AAD for the first time with its emergency transponder location system that uses reverse emergency location transmission technology. It is ideal for militaries as it is a simple device for recovering airframes and crews that “fits” with legacy equipment. Using an Iridium network connection, it sends recurring pulses every two minutes, and delivers emails and SMS with the coordinates as to where the aircraft is located. Moreover, Spidertrack works when conventional locators cannot, such as when tipped over to the side or upside down, or under a thing forest / jungle canopy. Spidertrack is also very useful for blue force tracking, reducing unintended casualties. They signed two contracts at AAD that more than justified being at AAD.

MONCh dispatches noted earlier there were returning exhibitors with notably intensified their participation, such as MILKOR. In this case, MILKOR is a growing South African defence company that offers a new range of defence and security platforms for air, land and sea that support cost reduction and leaner manning strategies for militaries worldwide. SAFAT, a division of the military industry corporation MIC-Sudan, displayed 122 products including their latest technology in precision guided bombs. 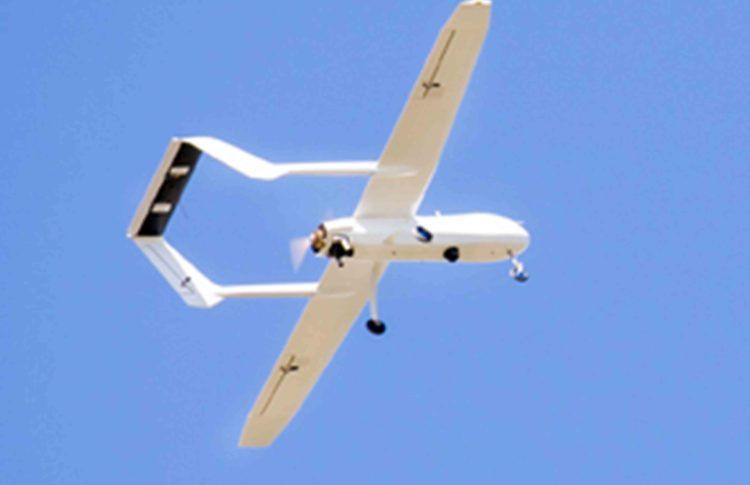