After two and a half years‘ development work, the a4ESSOR (Alliance for ESSOR) joint venture has achieved format acceptance for its high data-rate (HDR) base waveform, providing a key stepping stone on the path to interoperability among European armed forces, the alliance announced on 13 May.

A multi-national joint venture developing the European Secure Software-Defined Radio (ESSOR) technology, a4ESSOR has leveraged the experise and capabilities of all its partners in the intense development programme that has culminated in this formal quality acceptance. Partners in the joint venture are Bittium (Finland), Indra (Spain), Leonardo (Italy), Radmor (Poland), Rohde & Schwarz (Germany) and Thales (France). The companies will be porting the ESSOR HDR base waveform to their respective software defined radios (SDR) as part of the next phase of the project. Final interoperability tests between the partners’ radios will complete the ESSOR OC1 project, with the release of improved and up-to-date ESSOR target waveforms ready to deploy in the field.

The ESSOR programme was launched in 2009 under the umbrella of the European Defence Agency (EDA). The goal of the programme is to develop SDR architecture and the new coalition ESSOR HDR WF, in order to facilitate interoperability between European armed forces. 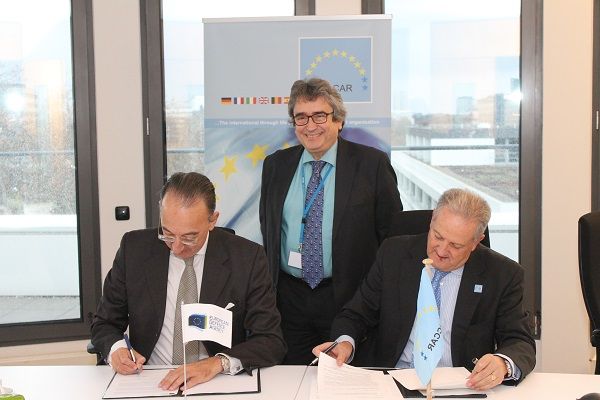