Florida-based Quantum Marine Stabilizers has hit a ‘sweet spot’ with the commercial and leisure boating markets – accounting for about 70% of sales – while in its remaining portfolio, the scope and breadth of the naval and coast guard share of Quantum’s military market is most impressive. The company’s 18 international naval contracts include providing ride control equipment for the Egyptian Navy’s AMBASSADOR-class missile boats, and delivering the stabiliser system for the US Coast Guard’s SENTINEL-class fast response cutters. By extension, Quantum has a long history of successful collaboration in naval and coast guard vessels with shipyards around the globe, two of which include Lürssen (Germany) and Bollinger Shipyards (US).

Quantum competes against much larger companies in this sector, including Germany’s SKF Marine. John Allen, Quantum’s President and CEO, pointed out these competitors are building “big, heavy-duty stabilizers, typically with dated technology and older controls.” At Sea Air Space this week, Quantum highlighted its expanding technology portfolio, building the case to integrate versions of its products into naval vessels. In an interview with MON, Allen called attention to his company’s Zero Speed technology and three enabling world patents: XT Extendable Fins; MAGLift Retractable Rotors; and Dyna-Foil Retractable Fins. While the company’s Zero Speed technology has been on the market for 21 years, the MAGLift Rotor is a more recent development. The latter product is based on the Magnus Effect phenomenon, in which a rotating cylinder creates lift (stabilisation) proportional to the speed and direction of the rotation – ideal for slow/loitering and zero-speed applications.

Whereas the commercial maritime community may often invest in stabiliser systems for crew and passenger comfort, there are stronger imperatives to invest for naval and coast guard vessels: reducing roll and increasing stability to more safely land/launch helicopters, for example, or to conduct rescue missions, and more accurately employ weapon systems. Of importance, Allen noted ship stability is an increasingly important placeholder in new shipbuilding requirements, specifying pitch, roll and other dynamic behaviours under different wave and associated weather conditions and envelopes.

While Quantum designs, engineers and manufactures in-house, it is dedicated to ongoing R&D that includes independent model testing to gain insights on new technologies. 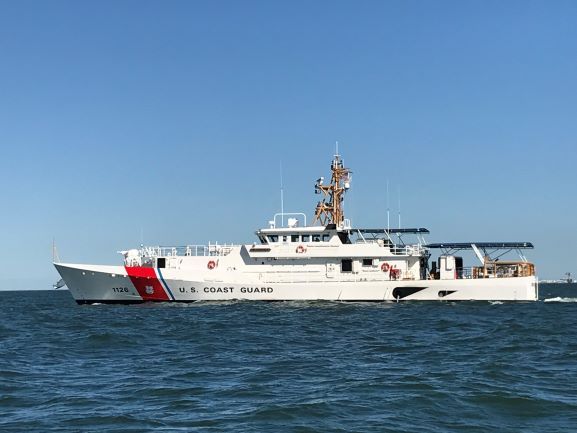